Home News FTSE 100 rises on back of strong trading updates 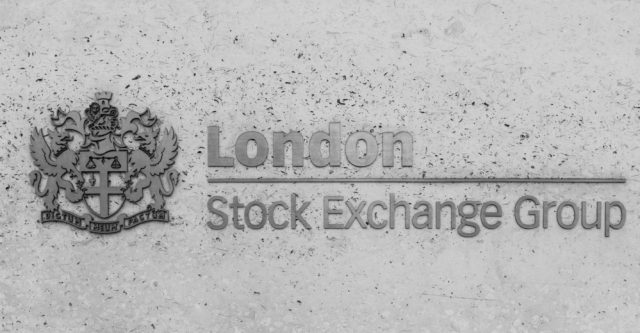 Burberry revealing a rise in profits for first-half profits, which were helped on the back of growth in Asia and the new debut collection from chief creative officer Riccardo Tisci.

“We made good progress in the half as we began to transform and reposition Burberry, while maintaining our focus on financial and operational discipline,” said Burberry in a statement.

“While the early signs are encouraging, transitioning the product offer, evolving our distribution, changing wider consumer perception and seeing this translate into positive business performance will take time,” it added.

Ian Forrest, an investment research analyst at The Share Centre, said on the fashion retailer’s growth:

“Luxury retailer Burberry’s interim figures today were reassuring if not spectacular. The company said the debut collection from its chief creative officer Riccardo Tisci had received an exceptional response.”

“The figures were slightly better than expected and Burberry’s CEO confirmed that the company was on track to achieve cost savings of £100 million and meet expectations for both next year and 2020.”

“Despite a sharp drop in the share price over the past two months the shares have still outperformed the market so far this year, and they rose modestly again this morning in response to the results. With the forward price-earnings ratio looking more demanding we continue with our ‘hold’ recommendation for investors who are seeking a balanced return and willing to accept a medium to higher level of risk,” he added.

After full-year earnings rose by over 25%, the retailer saw shares increase by 6.25% on Thursday’s trading.

Whilst the group posted flat revenues and a decline in profits, it made cost savings of approximately £11.4 million.

“Game Digital has performed well in a challenging market,” saidPaul Hickman, an analyst at Edison Investment Research. “Management is focused on the Belong gaming arena initiative. In its existing 21 sites the concept has demonstrated high occupancy, high margin and low capex.”

Also sending the FTSE 100 up on Thursday was newly listed Theworks.co.uk, where shares surged 11.97%.

The group reported half-year revenues to increase by 15% on the back of strong sales.

Full-year is expected to be in line with expectations.