Home Shares H&M shares down 10% despite rise in sales

Despite a 12% rise in sales for the three months to the end of September to 56.4 billion kronor ($6.2 billion), shares tumbled as investors remained unconvinced of the group’s recovery.

H&M’s full-year report will be released at the end of January and has not given further details of its progress amid the difficult trading environment.

Harris Associates, H&M’s second-largest shareholder, has trimmed down its stake in the company over this year.

“The last thing the sector needs right now is a profit warning from one of it’s few star performers a week before Christmas. E-commerce is often positioned as the death knell of the high street, so you know things are bad when even the online giants are struggling,” said Natalie Berg, who is a retail analyst at NBK Retail.

The Asos profit warning saw shares in the group tumble, as well as affecting shares in rival Boohoo (LON: BOO). 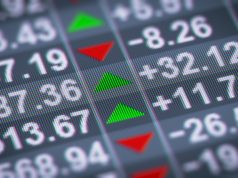