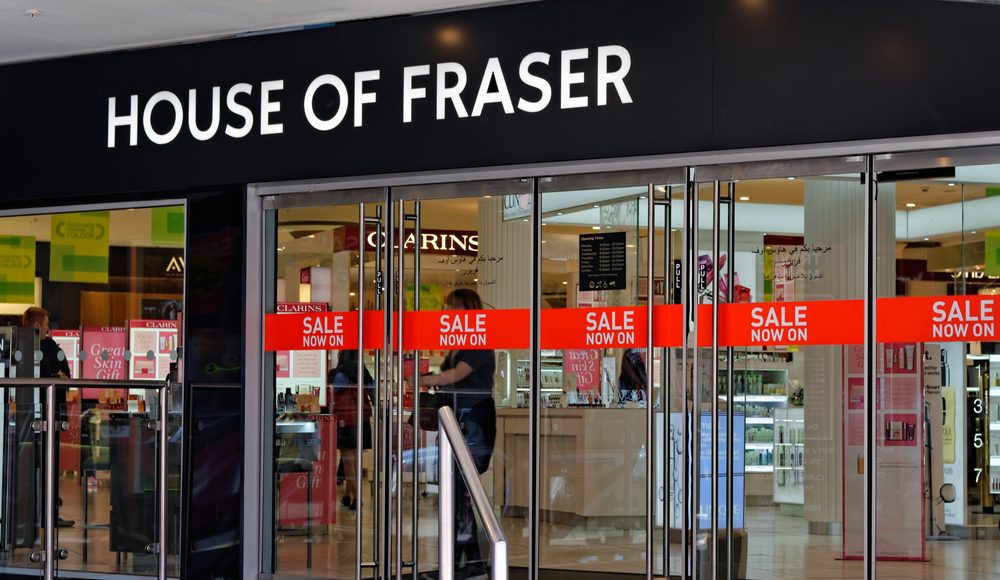 C.banner (HKG: 1028), the owner of Hamleys, has rejected previous plans to rescue House of Fraser.

In a blow to the department store, C.banner had planned to take control of House of Fraser and invest £70 million to revive the chain.

The Hong Kong-listed owner of Hamleys said on Wednesday that the saviour of House of Fraser had been “rendered impracticable and inadvisable.”

C. banner said in a statement that was issued to the Hong Kong stock exchange: “In view of the fact that the recent market prices of the shares as quoted on the stock exchange have significantly dropped to a level which is far below the placing price range of HK$2.40 to HK$3.00 per placing share, the company and the placing agent are of the opinion that the placing has been rendered impracticable and inadvisable, and therefore no longer intend to proceed with the placing.”

House of Fraser is seeking £50 million to avoid collapse, which would lead to the risk of 17,000 jobs.

“This is a real blow to House of Fraser,” said Richard Lim of Retail Economics.

“They’re in desperate need of a rescue deal and without this fresh injection of around £70 million, it’s almost inevitable that they’ll fall into administration. This could be within a matter of weeks.”

The department store has said it is “exploring options to obtain the required investment on the same timetable.” Potential investors include Sports Direct’s, Mike Ashley.

Andrew Busby, of the consultancy Retail Reflections, has said that House of Fraser will need to consider a merger with Debenhams (LON: DEB) for its survival.

House of Debenhams is becoming more and more of a reality – that’s the best outcome for House of Fraser,” he said. “Unless you are Harrods or Selfridges the department store concept is not quite dead, but severely challenged.”