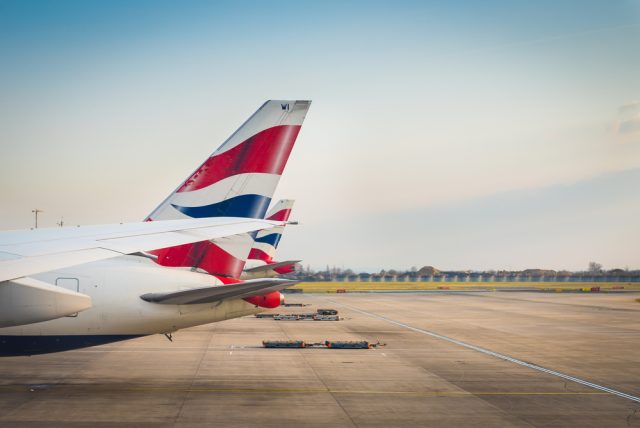 British Airways, owned by International Consolidated Airlines Group (LON:IAG), has resorted to selling some of its multi-million pound art collection in order to raise money as airlines continue to struggle against the economic impact of the coronavirus pandemic. Thursday afternoon saw the company’s share price plummet by 8.8%.

More than 10 pieces from the collection, boasting works by prominent artists such as Damien Hirst and Peter Doig, are said to be involved in the sale. The art previously resided in a number of executive lounges, but it was suggested by a staff member that selling them off would help boost the company amid reports that as many as 12,000 employees are set to be laid off.

At least one of the works is said to be worth an estimated £1 million.

Just last week, British Airways CEO Alex Cruz warned of the company’s uncertain future, with £178 million per week draining away and virtually no travel as lockdown restrictions continue. The airline’s survival is not guaranteed, Cruz emphasised, and urged unions to concede with predicted 28% of staff job losses so that the company can protect as many jobs as possible in the future.

Most of the lucrative collection was collated with the aid of London-based curators, Artwise, which bought more than 1,500 pieces for the airline between 1995 and 2012. The company commented on BA’s plans,

“We are of course very sad to see some of the key treasures from the BA art collection being put up for auction – a collection which, in its day, was so admired and was the first of its kind within the airline industry. However, we do understand that these are unprecedented times”.

British Airways is just one airline struggling to make ends meet as the travel industry continues to suffer. More than 12,000 jobs are at risk, as well as more than 1,000 pilot roles apparently on the line.

Following suggestions this week that the company is planning to lay off its entire pilot workforce, on the condition they would later be rehired on different contracts, the Scottish Parliament proposed a bill to make the move illegal. The British Airline Pilots Association backed the decision, stating,

“It is absolutely right that this practice of essentially legalised blackmail should be outlawed in the UK”.