Home News Next shares dip despite impressive first half 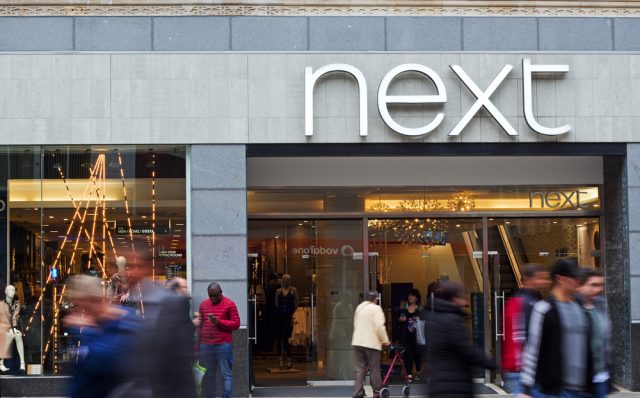 Home wares and clothing retailer Next (LON:NXT) saw their share price dip following reports of over-achievement in the first half of the year.

This came as the firm announced it would leave its full-year profit projections from May unchanged, despite an impressive spell of summer sales. It is believed that full-year profits will still be down 1.3% on last year, as impressive first half performance has been put down to impressive on-year figures for Q1, in comparison to a disappointing first quarter in 2017. Also, Q2 sales have soared as it has been noted that the hot weather has pulled the summer spending spree forward into July.

Next CEO Simon Wolfson said, “Full price sales in the second quarter were up 2.8% on last year and ahead of our guidance. We believe that this over-achievement in sales was due to the prolonged period of exceptionally warm weather, which greatly assisted the sales of summer weight product. It is almost certain that some of these sales have been pulled forward from August, so we are maintaining our sales and profit guidance for the year to January 2019.”

AJ Bell Investment Director, Russ Mould, reiterated Wolfson’s comments, “Despite enjoying better than expected trading in the second quarter thanks to the warm weather, the company’s full year guidance remains unchanged. Wolfson and his management team prudently judging that spending may have been pulled forward from a traditional splurge in August.”

“Investors seem to be taking this warning to heart, although it is worth noting the company upgraded guidance after the better-than-expected first quarter performance announced in May.”

Thus, the Next CEO’s cautious approach in the quarterly sales update was not well received by investors, but one should note that such an approach is typically in character for Lord Wolfson.

Despite high street retail sales dipping by 5.3% in the first half, Next’s online sales cancelled out this drop with a 15.5% increase. Following yesterday’s sharp dip, Next’s share price has increased 0.73% or 40p since markets opened this morning, to 5552p. Analysts from Liberum have reiterated their ‘Hold’ stance on Next stock.