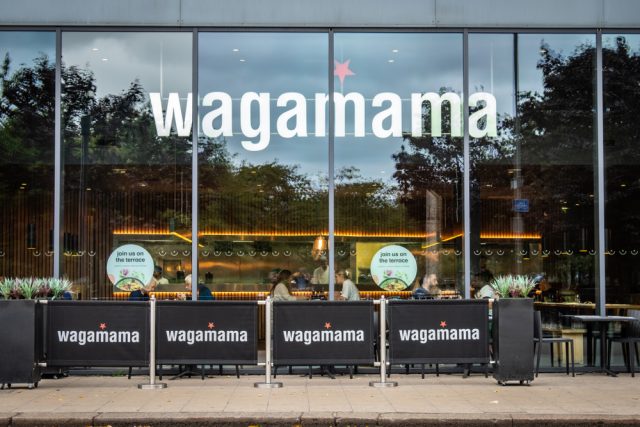 Restaurant Group PLC (LON: RTN) have seen their shares crash on Monday, despite a strong performance from subsidiary brand Wagamama.

The Restaurant Group is a leading name in the casual dining market, and boasts a portfolio of over 650 restaurants. The firm owns household names such as Wagamama, Frankie & Benny’s, Chiquito and Brunning & Price.

The FTSE250 (INDEXFTSE: MCX) listed firm reported that Wagamama had continued to outperform the market in tough trading conditions, but this did not seem to be enough to suffice shareholder appetite.

Earlier this year, the Restaurant Group announced the acquisition of Wagamama into its group and this had an immediate effect.

It seems that now the Japanese food branch is the leader for the Restaurant Group as other brands slip from tough retail conditions.

The deal cost the Restaurant Group £357 million to acquire Wagamama, and after skepticism from shareholders the deal was finalized earlier this year.

Including Wagamama’s debt, the deal had an enterprise value £559 million, and Restaurant Group used a £315 million rights issue and a £220 million bank loan for the acquisition.

Overall, the brand delivered a 5.1% outperformance of the UK market, the company said, and has consistently outperformed over the past five years.

Wagamama Chief Executive Emma Woods said: “Great businesses are built from dedicated people, a commitment to always be on the side of their customers and a galvanising sense of purpose.

“Wagamama has always followed this model, and I am thrilled to say has delivered another quarter of strong outperformance versus the market with a number of record restaurant sales weeks.

“We look forward to 2020, and whilst we don’t expect to be immune to the various headwinds facing our industry, we will stay true to our positive culture and growth mindset,” Woods continued.

The food and drink market has seen mixed results and shares have fluctuated across tough trading conditions.

Established names such as J D Wetherspoon plc (LON: JDW) have seen their shares rally after a period of strong trading.

The performance has not been quite matched by rivals such as Greene King (LON: GNK) and Whitbread (LON: WTB) have been hit headlines of slowing business and takeover bids.

Additionally, Slug and Lettuce owner Stonegate agreed to buy Ei Group (LON: EIG) for £1.27 billion which may give the Restaurant Group further competition.

Despite the strong performance of Wagamama, it seems that the other chains are living off the back of Wagamama success.

Seniority will have to address this issue as shareholders do not seem fully appeased following the stock price crash this morning.