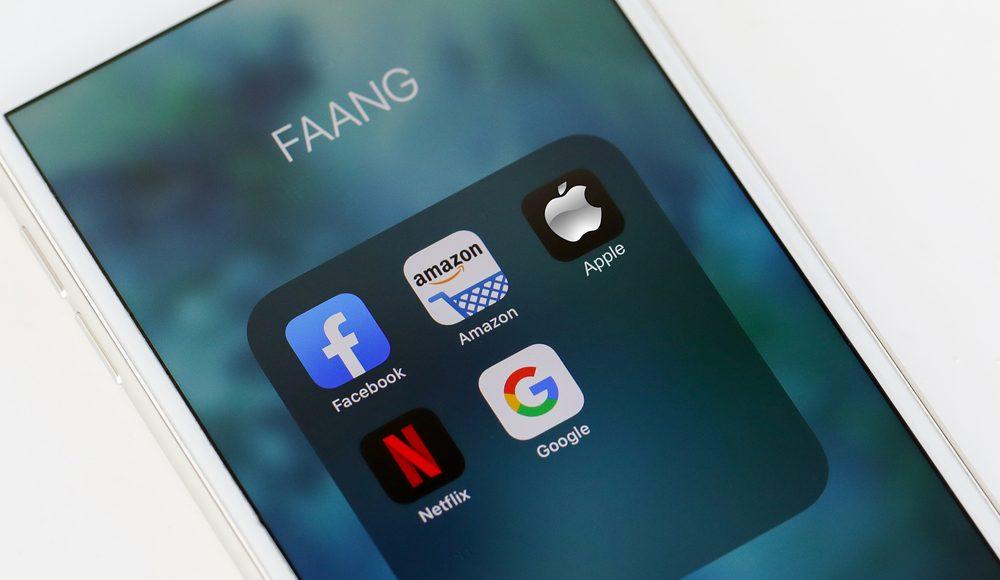 Both Apple and Amazon dipped over 2% in a signal that “investors’ love affair with technology stocks is cooling” as they look for alternative routes to prosperity following the pandemic.

This according to Russ Mould, investment director at AJ Bell.

“Gathering concern over inflation, as wage growth accelerates, commodity prices surge and bond yields grind higher, also helps to explain the apparent switch in preference from secular growth plays like tech to cyclical growth and recovery plays – or ‘value’ stocks, for want of a better turn of phrase,” Mould adds.

This can be seen by measuring the relative performance of value stocks (stocks undervalued by the market) against growth stocks (stocks expected to outperform in long-term), such as Apple or Amazon.

The Invesco QQQ Trust is designed to track the performance of the NASDAQ Composite index’s largest 100 non-financial companies. Its biggest holdings are Apple, Microsoft, Amazon, Alphabet, Tesla, Facebook and NVIDIA and so it is a good proxy for growth.

On the other hand, the iShares Russell 2000 Value ETF follows a basket of nearly 1,500 stocks that offer value characteristics.

While growth stocks have outperformed throughout the pandemic, there is reason to believe the FAANG stocks may not sustain their bullish run through the recovery.

“Since the start of autumn 2014, when the NYSE FANG+ index was launched and the technology stocks and the FAAANM sextet of Facebook, Alphabet, Amazon, Apple, Netflix and Microsoft really began to come into its own, the Invesco QQQ is up by 223% and the iShares Russell 2000 Value ETF by 57%,” says Russ Mould.

“But the iShares Russell 2000 Value ETF has been making stealthy progress of late. Since Pfizer Monday it has gained 33% while the QQQ is up just 12%, the ‘value’ tracker has surged by 61% compared to 29% advance from the QQQ,” Mould continues.

“In other words, even when it looked like tech and social media stocks were the only game in town during the second half of 2020, when they continued to post bumper earnings figures and the economic outlook seemed bleak, value and recovery plays were taking the lead.”

The million dollar question for investors is whether the stock market will see the return of value growth after a period of domination by FANG stocks.