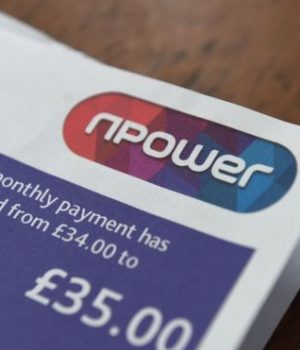 A new report has found that the UK’s biggest energy firms profits fell by 10% last year.

Ofgem has found that growing competition in the market led to a decline in collective profit for the first time in four years.

Profits at the big six firms fell from £1 billion to £900 million, thanks to the growth of energy start-ups.

The big six (British Gas (LON: CNA), EDF Energy (EPA: EDF), npower, E.On (ETR: EOAN), Scottish Power and SSE (LON: SSE)) will also face a difficult winter as the Government’s controversial cap on standard energy prices will affect around 11 million accounts who will save an average of £75 a year.

Greg Clark, the business secretary, said on the price cap: “This government is delivering on its promise to end that injustice and protect households across the country from unjustified price rises.”

Gillian Guy, the head of Citizens Advice, said the growth of people approaching new energy suppliers “underlines why it’s so important that Ofgem tightens up its licensing rules”.

“We know that some suppliers entering the market aren’t prepared to provide adequate customer service, or aren’t financially robust enough to survive.”

“Poor customer service often hits vulnerable customers the hardest. It needs to stop poorly prepared companies from entering the market, and take badly performing suppliers out of the market quicker,” she added.

Ofgem has expressed concern about vulnerable people who use energy companies. The watchdog found evidence that switching for the 5 million vulnerable households protected by an existing cap had declined between March 2017 and March 2018.

Dermot Nolan, the chief executive of Ofgem, said: “We have witnessed many positive developments in energy over the last year, but the market is still not delivering good outcomes for all, especially the vulnerable.”

Claire Perry, the energy and clean growth minister  said: “We’re determined to protect vulnerable consumers when it comes to their energy costs.”