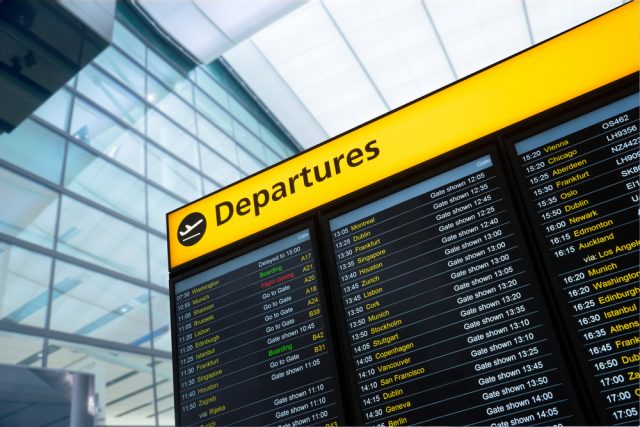 Government sources have suggested that dozens of countries are to be made exempt from the current compulsory 14-day quarantine period upon arriving in the UK.

Last week saw a surge in holiday bookings as rumours began to swirl that the Foreign Office is set to relax its standing “essential travel only” advice to allow for overseas travel to certain low-risk destinations.

The move would mean previously-scrapped holiday plans to popular European sun traps, such as Spain and Greece, would be given the go-ahead without a lengthy quarantine on return.

The Eurotunnel website – managed by Parisian based railway company Getlink (EPA:GET) – was among the slew of sites which crashed as thousands of holidaymakers rushed to book a long-awaited summer break. Getlink’s director of public affairs John Keefe commented on the company’s record sales:

“The recent government announcement is great news for holidaymakers, bookings have surged since Friday; in fact we have had more customers accessing our online booking system this weekend than ever before”.

Ryanair (LON:RYA) leads the airline industry’s revival with reports of “very strong” bookings, as the company relaunched with 1,000 flights and 105,000 passengers on Wednesday. The budget airline’s share price has soared by 4.34% on Thursday afternoon in response to the encouraging news.

Joshua Mahony, Senior Market Analyst at IG, weighed in on speculation that the airline industry may be on track for a quick recovery:

“With airline activity expected to surge over the coming months, the ability to recover some semblance of normality for the typically busy summer months will be key to boosting the balance sheets after months of lockdown. The big question is whether we will see the Coronavirus cases kept low enough to allow for increased travel, with another lockdown or resumption of quarantine rules likely to deal a major blow to the travel sector if implemented”.

While a number of European countries begin to open their borders to British holidaymakers, rising fears that a second wave of coronavirus cases is imminent have been weighing heavily on global equities for weeks. Mounting cases across the US have caused states such as Texas and Florida to reverse their reopening plans, and the UK’s first local lockdown in Leicester has demonstrated that a quick and easy recovery may simply not be on the cards this summer.