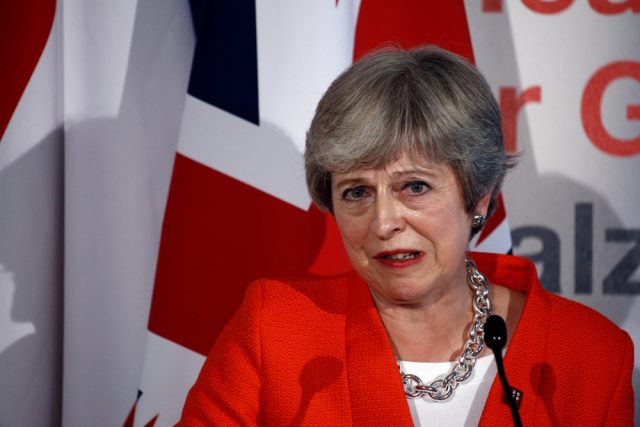 Brexit: Theresa May has once again asked the EU for an additional extension to Article 50 until the end of June.

Should the EU agree to the extension, the UK may, controversially, have to participate in the upcoming European Parliament elections.

However, Theresa May has said the government would aim to pass a deal before May 23 to avoid such a situation.

Last month the EU rejected the Prime Minister’s request for the same June extension precisely due to these concerns.

Instead, the EU initially agreed upon an extension until April 12, in a bid to avoid a disorderly Brexit and a no-deal scenario.

However, with a mere week to go until that revised deadline, the UK parliament and the government are still no closer to resolving the Brexit impasse.

In a letter to Donald Tusk, the President of the European Council The Prime Minister said:

“The government acknowledges, however, that after approval to the withdrawal agreement is achieved, the process of enacting those commitments in domestic law and therefore ratifying the agreement in the UK will take time,”

“Therefore, having reluctantly sought an extension to the Article 50 period last month, the government must now do so again . . . The UK proposes that this period should end on June 30, 2019.”

According to EU sources, Tusk is set to propose a 12-month flexible extension to the UK.

Nevertheless, the idea of a long Brexit extension remains unpopular among Eurosceptic Conservatives and Brexiteers, who have instead touted the idea of a No-Deal or World Trade Organisation aligned Brexit.

Jacob Rees-Mogg MP, chairman of the European Research Group and a fervent supporter of Brexit, took to twitter to express his opinion on the matter.

He tweeted the following:

If a long extension leaves us stuck in the EU we should be as difficult as possible. We could veto any increase in the budget, obstruct the putative EU army and block Mr Macron’s integrationist schemes.

https://platform.twitter.com/widgets.jsHowever, the EU were quick to dismiss Mogg’s suggestion.

Chief Spokesperson Margaritis Schinas said when asked about the tweet: “This gentlemen is not our interlocutor, and the principle of sincere cooperation applies, as May said in her letter today. And it’s a hypothetical.”

The pound sterling is currently trading down against the greenback and the Euro, at 1.3061 and 1.1635, respectively, on the back of renewed fears of a No-Deal Brexit emerging.