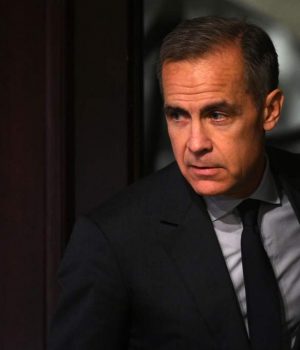 The governor of the Bank of England, Mark Carney, is supporting Theresa May’s Brexit deal, saying it will “support economic outcomes”.

Carney has said that the prime minister’s draft agreement will give the UK time to prepare for the final deal with Brussels.

Speaking to MPs on the Treasury select committee, Carney commented:

“We have emphasised from the start the importance of having some transition between the current arrangements and the ultimate arrangements.”

“So we welcome the transition arrangements in the withdrawal agreement and take note of the possibility of extending that transition period,” he added.

The governor’s comments come at a critical time for the prime minister, who has received widespread criticism for her own party as well as the Labour party.

Carney emphasised the importance of time to ensure preparations for a final deal. Leaving the EU without a deal would damage the economy and trigger job losses.

Having a longer transition period would limit these consequences.

“It would appear wise to very carefully and objectively and transparently consider how long it is likely to take all aspects of the new economic partnership and implement it,” he said.

“The average for a trade deal, from start to finish, is something of the order of four years and the implementation period is a little over half that period of time.”

Whilst he said that the extended 20-month transition would be sufficient for the financial sector to cope, the same could not be said for all sectors.

In response to questions by Charlie Elphicke, the suspended Conservative MP for Dover, on the likelihood of raising interest rates, Carney said: “It depends on the implications for supply and demand and the exchange rate.”

“One, this would be a very unusual situation – it is very rare to see a major negative supply shock to an advanced economy…we would have to stretch back to the 1970s [to see something similar].”

“My second point is that the initial position of this economy is different from the referendum, when we had excess supply.”

“We basically have the economy operating at full capacity and at the end we have the primacy of the inflation target in our remit.”

“If the economy moved further into excess demand because of the weight of spending was maintained or accelerated and we had the prospect of additional inflation, and sterling was to depreciate at a time when we had some expectation of supply being reduced for a period of time, that is a position when you would expect monetary policy to be tightened,” he added.