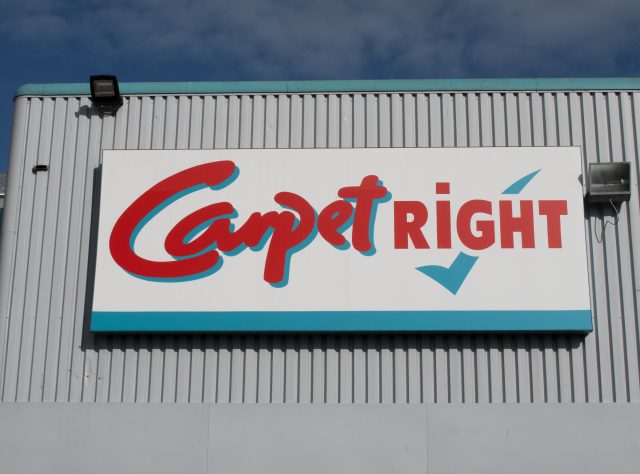 Carpetright (LON:CPR) shares plunged nearly 30 percent on Wednesday morning, after the company issued its second profit warning in a year.

The group said it was in talks with its banks, after trading conditions in the first few months of 2017 “remained difficult” due to “continued weak consumer confidence”.

In a statement, the home furnishings retailer warned it expected to make a loss in the year to April, amid weak conditions in its key UK market. In January the group said its full-year profits would be between £2 million and £4 million, down from previous expectations of £14 million.

“UK like-for-like sales remain below management expectations and the Group now expects to report a small underlying pre-tax loss for the year ending 28 April 2018,” the company said in a trading statement.