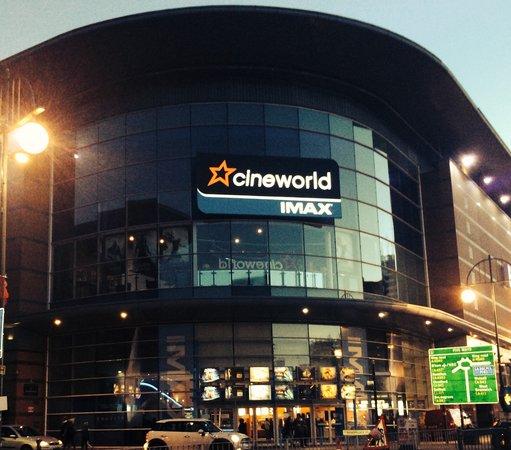 Brentford-based Cineworld is the second largest cinema chain in the world and has more than 9,500 screens.

The main current areas of concern are the performance in the US and the lack of blockbusters planned for next year.

There is concern that Cineworld is losing market share in the US. This fell in the first half because Cineworld did not have a subscription product for US filmgoers.

That problem has been rectified in the second half, but it is still early days. Investors would like to see some evidence that this is working.

The US chain will get investment, and this should also help to improve its longer-term performance.

There is also concern about the films set to be released next year. This year has had the latest Avengers film and coming up is the release of the ninth film in the Star Wars series. There could a shortage of these blockbusters in 2020.

Blockbusters are not essential to make money and as long as the other films that are able to get a wider release – and would have found it more difficult to get screens – are popular then revenues can hold up. After all, not all blockbusters are successful.

Full year underlying pre-tax profit is expected to decline from $555.1m to around $515m. At 207.8p, the shares are trading on just over eight times prospective earnings – although the figure depends on the dollar foreign exchange level.

Debt could fall from £3.94bn at the end of 2018, most of which was due to the acquisition of US-based Regal Entertainment, but estimates vary. There should be a reduction of at least £300m and possibly in excess of £500m. Some of this is due to the sale of US cinemas.

There has already been a special dividend of 15.96p a share on the back of the cinema sales. That indicates the cash generative nature of the business, although investment is required in the US.

There could be indications of what will happen to the full year dividend. One of the things that can affect the dividend level is the exchange rate. The first three of the quarterly dividends were each 3.75 cents a share.

A third quarter dividend equivalent to 2.9p a share was announced earlier this year. The latter goes ex-dividend on 12 December.

The yield, excluding the special dividend, should be around 6%.

The shares are lowly rated and have an attractive yield, so if Cineworld can address concerns the share price, which has fallen by around one-third in seven months, could bounce back.