The housebuilder said that full-year profits would be at the lower end of its forecasts.

This was attributed to a flat pricing environment alongside inflationary pressures.

Specifically, operating margins for the year are expected to be at 18 percent, towards the latter end of the group’s previous forecasted range of 18 percent to 20 percent.

The group added that whilst most of its sales locations had performed well, sales at higher price points had proved more subdued.

Consequently, Crest Nicholson expects margins for the next financial year to be within a similar range.

Nevertheless, forward sales for the year-to-date are currently 11 percent higher than the same period a year previously. This has meant has led to an anticipated growth in revenue of 15 percent growth for the year to October-end.

“The group has delivered a good sales performance in the first half of the year. The business continues to increase the number of homes built and carries positive momentum into the second half of 2018, with steady outlet growth and higher forward sales,” said Chief Executive Patrick Bergin.

“Flat pricing has had a negative impact on margins, but volumes in the new build housing market continue to be robust and Crest Nicholson remains well positioned to grow volumes and deliver the homes that the UK needs, while continuing to focus on delivering strong returns for shareholders,” Bergin added. 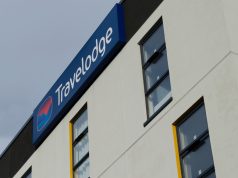