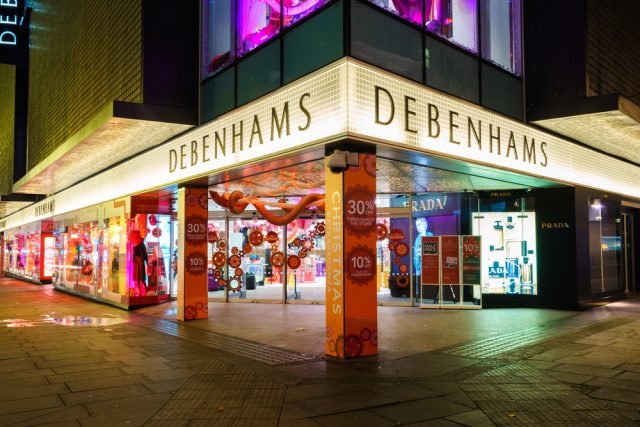 The department store is looking to fend off coup attempts from one of its largest shareholders, Mike Ashley’s Sports Direct.

Sports Direct has offered a £150 million loan to Debenhams, however this came alongside the proposal of removing all board members apart from Mr Ashley.

In the statement regarding Sports Direct, Debenhams said it was “disappointed that Sports Direct has taken this action.”

Should Debenhams however secure £200 million in alternative funds, the retailer would be able to commence restructuring without putting Mike Ashley in charge.

“A successful consent solicitation would allow the company to enter into new money facilities and give Debenhams the ability to pursue restructuring options to secure the future of the business. However, certain of these options – if they materialise – would result in no equity value for the company’s current shareholders.”

It has proved a difficult last few years for Debenhams, with sales and profits plunging.

Earlier this month the embattled retailer issued another profit warning amid an increasingly uncertain trading environment.

Nevertheless, most UK high street retailers are suffering as of late, with higher rents, currency movements and lower consumer discretionary spending all causing profits to slump.

Whilst Debenhams may be potentially saved for now, various other high street giants have collapsed in recent years.

House of Fraser and HMV both narrowly avoided administration after last-minute takeovers.

Meanwhile, clothing shops such as New Look and casual dining restaurants such as Prezzo and Jamie’s Italian all opting to close locations in a bid to streamline costs.

Shares in Debenhams are currently down -44.83% as of 09:42, as the market reacts to the announcement.