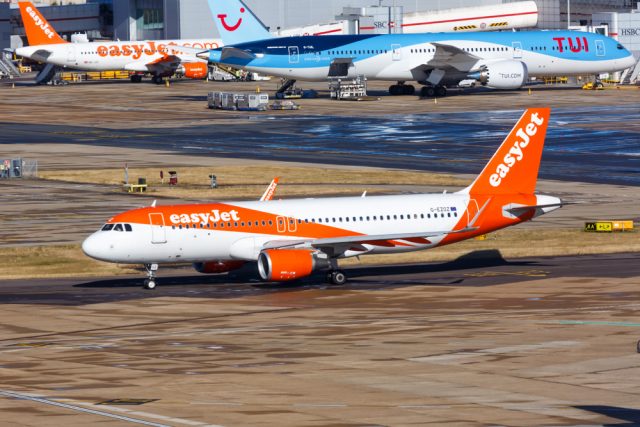 Shares in aviation firms such as TUI (LON:TUI) and Easyjet (LON:EZJ) dipped sharply on Monday, following the UK government’s decision to require all holidaymakers in Spain to quarantine themselves for a fortnight, upon their return to the UK.

The move is a back-step in the ‘return to normal’ programme, and is unlikely to be the last of its kind, as travel and business begins to pick up across the European mainland.

As it stands, though, the weekend’s news saw TUI, Easyjet and IAG shares down by 14%, 13% and 10% respectively after the bell on Monday morning, with the government warning that other countries may soon be added to the quarantine list.

“The airlines have led the loses in early trade today, with the likes of TUI, IAG, Dart Group, easyJet, and Ryanair all suffering after the swift UK decision to reimpose a 14-day quarantine on any flights from Spain.”

“Whilst some will criticise the speed at which these measures have been imposed, it does show a willingness to act early in a bid to reduce imported cases in the UK.”

“With Ryanair losing €185m over the April-June period, airlines desperately need a smooth summer as they bid to stabilise their balance sheet after months of losses.”

“Unfortunately, this Spanish quarantine announcement is unlikely to be the last of its kind, with outbreaks throughout Europe likely to provide a stop-start summer for airlines as different regions attempt to extinguish any surges in Covid-19.”

The news of airlines declining has also had a wider impact on the UK economy, with the FTSE dipping from 6,123 to 6,093 points at the start of trading, before regaining some composure and pushing back up to 6,109 points, still down 0.24%.