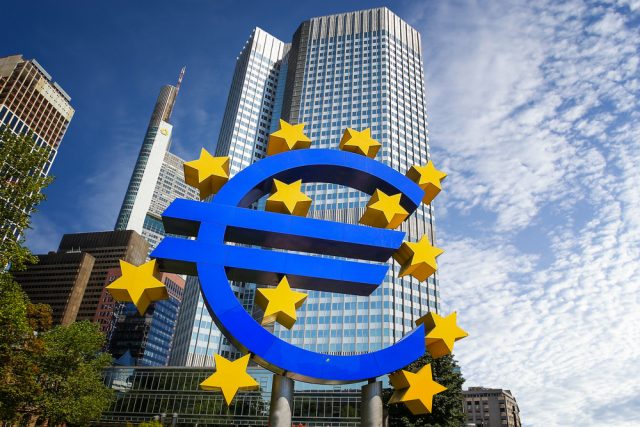 The European Central Bank has called on Eurozone banks to continue scrapping dividends and to be “extremely moderate” with its bonus payments to staff, until at least the beginning of next year. Today’s call by the ECB is expected to be mirrored, at least in part, by the Bank of England.

The move by Europe’s two most significant central banks, is designed to preserve capital, to help companies and families seeking assistance due to pandemic-related hardships. Facing what is likely to be a deep, global recession, protecting banks’ capital will allow them to absorb losses and have more lending firepower.

Making a statement on behalf of the European Central Bank, chair of the the ECB supervisory board, Andrea Enria, stated:

“The build-up of strong capital and liquidity buffers since the last financial crisis has enabled banks during this crisis to continue lending to households and businesses, and thereby to help stabilise the real economy.”

“Therefore, it is all the more important to encourage banks to use their capital and liquidity buffers now to continue focusing on this overarching task: lending, whilst of course maintaining sound underwriting standards.”

Today’s call for freezes to capital pay-outs would merely be an extension of the earlier call, in March, for European banks to freeze dividends until October. The call came as the second half of the ECB’s quid quo pro, with the central bank loosening regulations and offering financial support to the 117 big banks it oversees.

The Bank of England’s Prudential Regulation Authority approved of the ECB decision, and said on Tuesday that it would carry out a review during the fourth quarter, to determine whether it should ask its banks to freeze dividend payments during the start of 2021.

“The assessment will be based on the current and projected capital positions of the banks and will take into account the level of uncertainty about the future path of the economy, market conditions and capital trajectories prevailing at that time,” the Bank of England statement read.

The Bank of England, much like the ECB, previously called for a freeze on pay-outs, which included dividend payments, share buy-backs and cancellations of bonuses for bank senior staff.

The organisation noted that such pay-outs were an innate part of a healthy banking system, but judges that suspending them was a, “sensible precautionary step given the unique role of banks in supporting the wider economy through the period of economic disruption”.

Certainly, the sentiment is there for the Bank of England to call for an extension to the pay-out freeze, but whether or not it will follow the ECB’s lead will remain unclear until the fourth quarter review.