ThinkSmart (LON: TSL) made the correct choice in selling 90% of its Clearpay subsidiary to Afterpay (ASX: APT) because the remaining stake has significantly grown in value since the original transaction. There could be further upside from the remaining stake.

ThinkSmart did not have the financial muscle to grow Clearpay as rapidly as Afterpay has managed to do.

Clearpay provides a buy now, pay later product which enables customers to spread the cost of a product over four, interest-free payments. Australia-based Afterpay is growing rapidly in this market and moving into new countries. The Clearpay acquisition was part of that move.

Although a 10% stake was retained in Clearpay, employees will receive some of the shares, so the net stake is 6.5%. Even so, with a soaring Afterpay share price, this stake is highly valuable.

ThinkSmart reported an enormous profit but that was down to the revaluation of the Clearpay stake. Stripping that out there was still a small profit.

The growth in active customer numbers at Clearpay and the percentage of Afterpay it accounts for will be important in the final valuation. The current estimate is that it has 10% of total group active customers.

Following the settlement of litigation with Dixons Carphone, which led to a payment of £1.45m (well down on the £20m claim) after June, ThinkSmart has around £10m in the bank.

The run-off of the legacy portfolio of loans made via Dixons Carphone is providing cash as are the back office services provided to Clearpay. That should cover the group costs and leave a small profit. So, the cash pile should improve even before any option take-up.

ThinkSmart does have technology and expertise that could be used for non-competing businesses or licenced to other companies. There are no immediate plans to do that, though.

The overall value of ThinkSmart is dependent on the performance of the Afterpay business and share price. Currently, Afterpay is a stockmarket darling and it has achieved a high rating. The growth potential is enormous and there are new markets that can be entered.

Canaccord Genuity values the Clearpay stake at £68.6m. The ThinkSmart share price has soared to 41.5p, which values the company at £44.2m. That is a one-third discount to the stake value without taking into account the cash and other assets.

Some discount is warranted, but there appears potential for the share price to rise further. This does depend on the Afterpay share price, though. 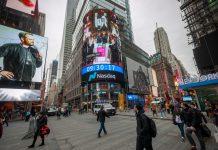 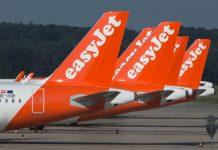 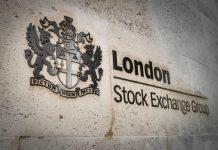