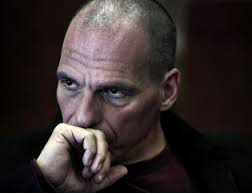 The Greek interior minister Nikos Voutsis has today said what most economist have feared for a long time now, Greece will be unable to pay money due to The IMF in June.

Mr Voutsis said Greece simply does not have the money to hand over.

The announcement has come after weeks of fruitless discussions between Greece and the IMF, EU and ECB over how Greece is going to service its EUR320 billion debt mountain. Many, including some from within the Greek government say Greece will never be able to repay creditors.

Greece is due to repay 4 instalments of EUR 1.6billion to the IMF throughout June, the first being on 5th June.

The latest development brings a potential ‘Grexit’ closer and increases the probability of significant market turbulence in the coming weeks.

“It would be a disaster for everyone involved,” said Greek finance minister Mr Varoufakis