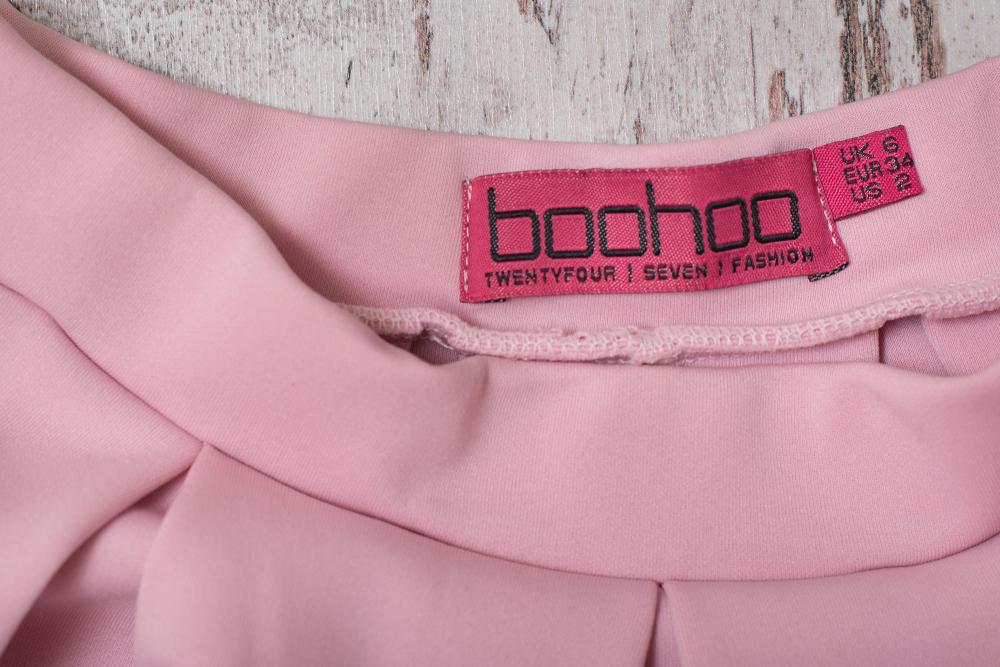 Online fashion retailer boohoo (LON: BOO) has not always been an investor favourite, but in little more than five years it has leapfrogged rival ASOS (LON: ASC) in market capitalisation terms.

The acquisition of the online assets of Karen Millen and Coast for £18.2m has broadened the range of brands owned by boohoo, which is on course to increase pre-tax profit from £76.3m to £93.9m in the year to February 2020.

boohoo is valued at £2.74bn, which compares with £2.03bn for ASOS, which is not much more than one-third of its market capitalisation when boohoo joined AIM. At that time, ASOS was the largest company on AIM and it has fallen to sixth largest, while boohoo is vying for the number one spot.

The company floated in March 2014, when it raised £300m at 50p a share. Less than one year later, the share price had more than halved. The share price peak was two years ago, but the current price of 235.9p is not much more than 10% lower than that price.

ASOS closed at 6428p a share the day before boohoo floated, but the share price had fallen by more than two-thirds by the middle of October 2019.

ASOS has continued to grow for the past five years, but profit has gone into reverse. Many of ASOS’s problems are at least partly self-inflicted. They include pricing mistakes and problems with warehouses and other logistics. Even so, sales continue to grow, but forecast profit has been reduced more than once in the past 12 months.

The US warehouse has been a problem for some time, and ASOS has found it difficult to satisfy demand in a timely manner. On top of this there have been problems with automation at the UK warehouse, leaving a lack of the correct stock for orders.

This year’s pre-tax profit will be between £30m and £35m, compared with the £55m previously expected by analysts. ASOS might even find it difficult to make £55m profit in 2019-20. To put this into perspective, back in October analysts were forecasting pre-tax profit of £120m for the year to August 2019.

In contrast to ASOS, boohoo has not concentrated purely on its core brand and it is effectively set to be making double the profit of ASOS in its current year – although it is complicated by different year ends.

Developing online brands, such as Nasty Gal, Pretty Little Thing and Miss Pap, have been acquired – sometimes from administrators – at attractive valuations and then boohoo management has used its expertise to build from the base acquired. These brands may initially be in one geographic market, but boohoo can launch them internationally.

One of the attractions of these brands is that they give boohoo access to a wider demographic. Nasty Gal is focused on the young, while Karen Millan has an older clientele that spends more on individual items.

Successful management of its supply chain and strong marketing skills have enabled boohoo to grow all its brands.

No stores or other relationships have been acquired with the Karen Millan and Coast brands, although 125 staff will be transferred. Online sales were £28m, but other sales were five times that level. It will be interesting to see if a significant chunk of these revenues will transfer online. Investment in the brands will be required and the benefits will not show through in this financial year.

There are risks because this is not a market segment that boohoo knows, but if it can build on that base of sales the deal will be a success. Significantly increasing online sales from the two brands would make the deal a bargain.

Net cash could rise to more than £200m next year, although that will depend on acquisition activity.

The prospective multiple is more than 42, so boohoo is not cheap, but earnings per share growth is set to be between 20% and 33% in each of the next three years.

The shares are certainly more attractive than those of ASOS, even though the latter has recovery potential. Investors can be assured that boohoo management knows what it is doing, whereas ASOS management has to prove itself.