Home Features In the wake of Black Monday, what’s the price of a bailout? 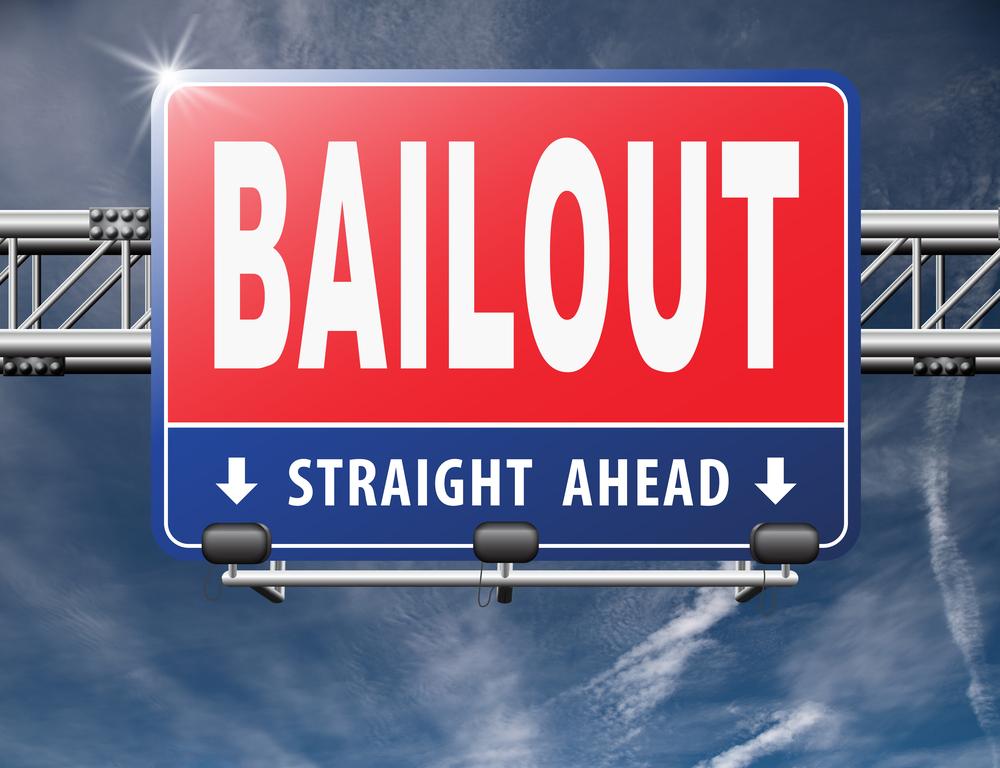 With bailouts of the hotel industry already being discussed in the US Congress, should we expect more widespread quantitative easing in the wake of the Coronavirus induced Black Monday slump?

The likely response will be a ‘yes’, explained away by the rational need to encourage liquidity and avoid a catastrophic 2008-style slump. After the G7 and IMF failed to produce any concerted plan of action during the weeks leading up to Black Monday, it falls upon national governments to answer the call, and provide a remedy for the market ill-sentiment inflicted by Coronavirus.

What does this mean for the UK?

Chancellor Rishi Sinak will deliver his first budget on Wednesday – one which many expected to set out Boris’s eponymous infrastructure ambitions, but will now likely shift some focus onto  economic stimulus.

“Asset prices are suggesting that a global recession is around the corner,” said Skeoch, who believes that if the government follows China’s lead in containing Coronavirus, and helps SMEs survive their cash flow problems, we will see a short-term dip followed by a recovery in six months’ time.

“The chancellor tomorrow has a splendid opportunity to put in place a significant fiscal stimulus without the risk of inflation,” he added.

Would a bailout be welcomed?

In the US, news of business bailouts being discussed in Congress invoked a Twitter storm:

If there’s going to be any bailout, it should take the form of cash transfers to people losing work and savings, not to Wall Street.

Congress:
1. No bailouts for industries.
2. Targeted help for hospitals and the health care sector.
3. General relief directly to workers and families. The owners of capital have had a good decade and can weather a downturn; it’s labor that deserves a strengthened safety net.

While the discussion is currently about bailouts going to hoteliers and airlines, they follow bailouts to the farming sector during the Sino-US tariff war. So, we can reasonably assume this won’t be the last of Trump’s industry-specific handouts.

The reaction from most US commentators seems to be the predictable one. First, many lamented the fact that giving handouts to the hotel sector appears to be a blatant bit of self-sponsorship on Trump’s part Second, and more significantly, the point was made that businesses were too greedy to prepare for the downturn they caused in 2008, so taxpayers bailed them out. They might not have caused Black Monday themselves, but they’ve probably had their fair share of helping hands.

To me, this is a fair analysis. In lieu of top-down stimulus – whereby liquidity is encouraged by increasing big business cash flow – many are calling for a more bottom-up approach.

So far, there have been few politically feasible suggestions for how this could come about. The terms ‘Green Deal’ and ‘UBI’ have picked up traction again in the US left-wing, and the UK audience will likely have their own iterations of similar sentiments on Wednesday. What we can safely assume, though, is that nobody has forgotten the mess that investors and the financial sector got the world into twelve years ago, and how much we all had to pay for their mistakes.

The ensuing policies of austerity, narratives of welfare-shaming and deepening of wealth inequality will also be fresh in the memories of many. The fact a $5.7 billion company like Aberdeen Standard are losing out, or that Jacob Rees-Mogg saw £13 million wiped off of his Sberbank (MCX:SBER) holdings yesterday, is unlikely to move anyone to tears.

To synopsise the general mood of the Twittersphere: we know we need to act to avoid a recession; it just seems odd that ‘socialist’ handouts are ready and waiting for big business and yet normal people are made to pay, without feeling any benefit but the slim privilege of continuity. When is the tickle-down due?

The rich emerged richer from the last crash, perhaps this round should be on them.