Home Shares Just Eat shares jump as orders grow both in the UK and... 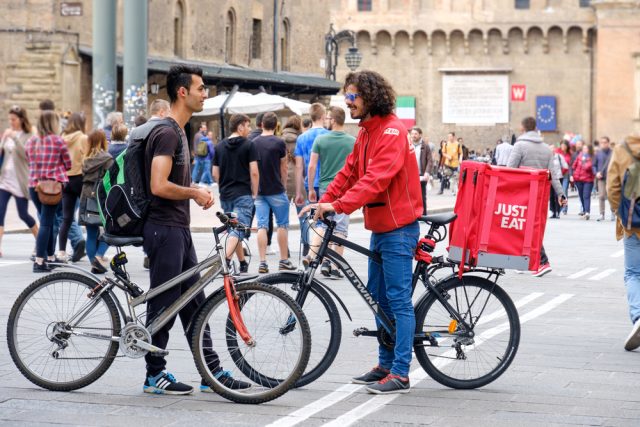 Takeaway delivery chain Just Eat (LON:JE) reiterated its full-year guidance on Tuesday, as orders continued to rise across the UK and internationally.

Group orders rose 32 percent in the first three months of the year, sending revenues up 49 percent to £177.4 million. The figures were boosted driven by strong order growth and an increase in higher value delivery orders.

In the UK orders increased by 24 percent to 29.7 million, up from 24 million last year, with international orders up 46 percent. the UK benefitted from the performance of Hungry House, its latest acquisition, and international growth was boosted by strong performances from both Italy and Spain.

“Just Eat has had a strong start to the year. We delivered our 400 millionth order in the UK, grew well in Italy and Spain, whilst powering continued momentum in our Canadian delivery service SkipTheDishes,” said Peter Plumb, CEO. He added that the revenue growth would be used to increase it customer base, citing competition from Deliveroo and UberEats.