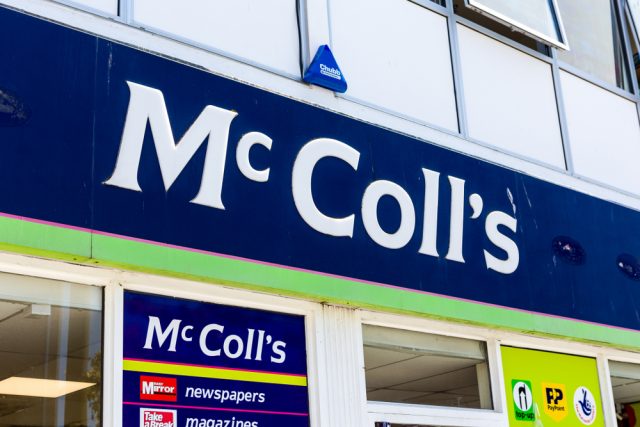 UK convenience retailer, McColl’s Retail Group plc (LON:MCLS), announced on Monday its preliminary results for the year ended 25 November 2018. Profit more than halved and its dividend has been cut having suffered from supply chain disruptions.

Shares in the company remained strong during early trading up almost 13%.

Pre-tax profit for the period decreased to £7.9 million, more than half of the £18.4 million figure from the year prior.

Total revenue was up 8.1% to £1.24 billion. The company has said that this reflects the annualisation of an acquisition in 2017.

However, total like-for-like sales decreased 1.4%, having been impacted by supply chain disruptions.

McColl’s Retail has posted a final dividend of 0.6%, which drags the total yearly dividends down to 4.0p, a decrease compared to the 10.3p on-year figure.

The company has emphasised that, though Brexit fosters a climate of uncertainty for both businesses and consumers alike, food and grocery retail has “a history of resilience during economic downturn”.

“2018 was undoubtedly a challenging year, marked by supply chain disruption following Palmer & Harvey’s entry into administration and the accelerated transition to our new supply partner Morrisons.”

“Despite this disruption, we continued to make progress against a number of our key strategic plans. We completed the rollout of 1,300 stores to Morrisons supply in less than nine months, which represents a considerable achievement and provides us with a more secure supply chain and a higher quality chilled and fresh offer. We also continued to invest in our estate, with 59 convenience store refreshes completed in the year and 11 new stores acquired.”

“We are a profitable and cash generative business, and our priority for the year ahead is to rebuild operational momentum and we remain confident in delivering our strategic plans.”

In December, McColl’s lowered its profit forecast for 2018 from £44 million to roughly £35 million. It blamed the collapse of wholesaler Palmer & Harvey for the downgraded profit forecast.