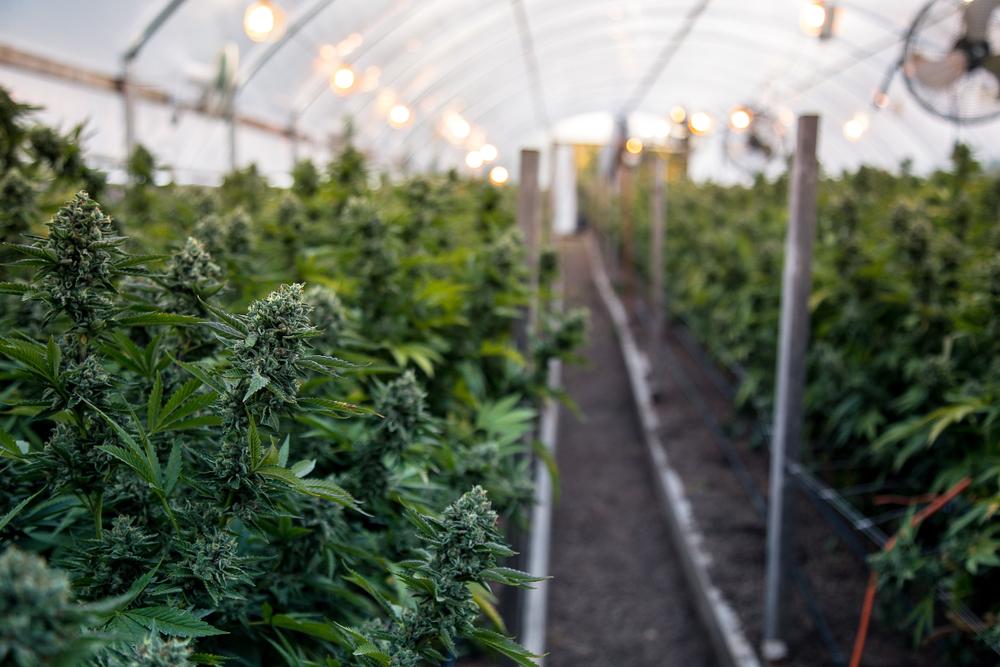 Patrick Birley, chief executive of NEX Exchange, is one of the speakers at todays Cannabis Investor Forum (www.cannabisinvestorforum.co.uk) in London. The London-based NEX Growth Market, which in stockmarket terms is the equivalent of AIM, offers a selection of companies that are involved, or seeking to become involved, in cannabis products.

AfriAg Global started out investing in African agricultural logistics businesses and one year ago the remit was widened to include medicinal cannabis-related investments.

AfriAg made its first medicinal cannabis investment last year. It was a £61,000 investment at $146.439 a share in 546 Tilray Inc. AfriAg has taken a small stake in Apollon Formularies, which plans to open a licenced retail medicinal cannabis dispensary and processing facility in Jamaica. The six-week pilot opening of a medicinal cannabis therapy centre to treat patients went well. AfriAg plans to acquire the rest of Apollon.

The first investment was $200,000 in convertible loan notes in iCAN Israel-Cannabis Ltd, which focuses on medicinal cannabis. iCan has subsidiaries involved in organising cannabis symposiums and cannabis-based research services, plus a 5% stake in CannRx Technology Inc, which has developed liquid soluble cannabinoids for use in treatments, and a 20% stake in CMTREX, which is developing a trading platform for cannabis.

Ananda also bought 15% of UK-based Liberty Herbal Technologies Ltd, which is the owner and developer of hapac, a technology for vaping cannabis. Hapac has been refined and sales of the device and Hapac sachets are growing. However, legal uncertainty in Italy means that Hapac has been removed from sale while a court case over labelling and cannabis content is heard in Parma. There are plans to launch Hapac in other markets.

Earlier this year, Ananda amended its investing strategy to include the cultivation of medicinal cannabis and acquired Tiamat Agriculture, which is applying for a UK controlled drug cannabis cultivation and supply licence.

Ananda and Anglia Salads each own 50% of DJT, which will apply for a licence to cultivate and supply cannabis. DJT has applied for a licence to grow >0.2% THC cannabis and has been registered with the Drugs Licensing and Compliance Unit of the Home Office. DJT has acquired Aristaeus Elements, which is setting up as a cannabis extraction and processing facility, for £1 and assumption of debt of £51,000 – the deposit paid for the equipment for the plant. The plan is to finance the investment in the facility through debt secured against offtake contracts.

Block Commodities is a trader in African commodities, which has launched a blockchain system called Farmer 3.0 that connects participants in the commodities market. Separately, Block decided to move into medicinal cannabis. The plan is to produce cannabis products in Africa to supply the European market.

Valiant Investments has changed its name to EuroCann International and reinvented itself as a medicinal cannabis-focused investment company. It disposed of its investment in Flamethrower to one of its own directors and raised £263,000 at 1.5p a share. Valiant had £4,251 in the bank at the end of May 2019, prior to the fundraising.

Slovenia-based Freyherr International Group joined NEX on 13 August 2019. The admission price was 170p a share, but no cash was raised. The market value was £43.8m. The directors still own nearly three-quarters of the shares, and if the two other major shareholders are included then six investors own nearly 89%. Pro forma net assets were €1.06m, while net debt was €697,000.

The underlying business was founded in 2015. It cultivates and acquires hemp and cannabis, then produces CBD products from these ingredients. A subsidiary designs packaging and dispensers.

The strategy is to invest €5.5m in upgrading the company’s extraction facility and it still needs to raise cash to do this. Freyherr generated revenues of £1.17m in the first half of 2019 and they should reach more than £2m for the full year. There was a small profit in the first half, which was before Freyherr joined NEX.

Imperial X is seeking investments in the medicinal cannabis sector. This strategy commenced at the beginning of the year. Imperial X had previously been a mining investment company. The products involved, such as nutraceuticals and cosmetics, would contain less than 0.2% tetrahydrocannabinol (THC). Canadian corporate financier Kyler Hardy has been appointed chief executive.

There was nearly £70,000 in the bank at the end of 2018 and since then £46,150 of convertible notes have been swapped for shares at 1p each by family interests of non-executive director Melissa Sturgess. Palace Trading Investments, which is beneficially owned by Melissa Sturgess, sold the same number of shares at 2p each and retains a 1.86% stake.

Canadian corporate financier Kyler Hardy has been appointed chief executive. He appears to have bought the shares that were sold, and he owns 12.5%, while new non-executive director Emma Priestley owns 5.42%.

Sativa Group floated in March 2018 as a new investment company with a medicinal cannabis focus and raised £1.1m at 1p a share. That took cash in the bank to £1.5m. The company was launched by Geremy Thomas, the founder of former AIM company PNC Telecom

The initial acquisitions were George Botanicals, which supplies cannabidiol (CBD) products, such as CBD oils, and PhytoVista, which operates a laboratory that tests cannabis oils and hemp products. Both were owned by Sativa boss Geremy Thomas.

The Home Office has awarded Sativa a controlled drug licence to grow medicinal cannabis. This covers cannabis with a THC content of greater than 0.2%. Sativa already has a low-THC industrial hemp licence.Sativa has a research agreement with King’s College London on the impact of cannabinoids on inflammation and respiratory diseases. Sativa will supply specific strains of cannabis.

Sativa has opened its third Goodbody CBD Wellness store in Bristol, following store openings in Bath and Cirencester. There are also talks with vets about using medicinal cannabis in animal health.

Sativa has appointed Cenkos as its corporate adviser and broker, replacing Peterhouse. Henry Lees-Buckley has become chief executive and Geremy Thomas has moved to deputy chairman.