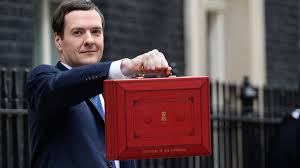 Chancellor George Osborne is will say in a speech later today that this year could be the toughest since the financial crisis, as global economic problems make this January the worst financial start to the year in sixteen years.

“It is precisely because we live in an uncertain world. It is precisely because we have not abolished boom and bust as a nation, that you need to take these steps, difficult steps and I need to go explaining to the public, that the difficult times aren’t over, we have got to go on making the difficult decisions, precisely so that Britain can continue to enjoy the low unemployment and the rising wages that we see at the moment.”

He continued, saying that far from “mission accomplished” on the economy, “2016 is the year of mission critical”.