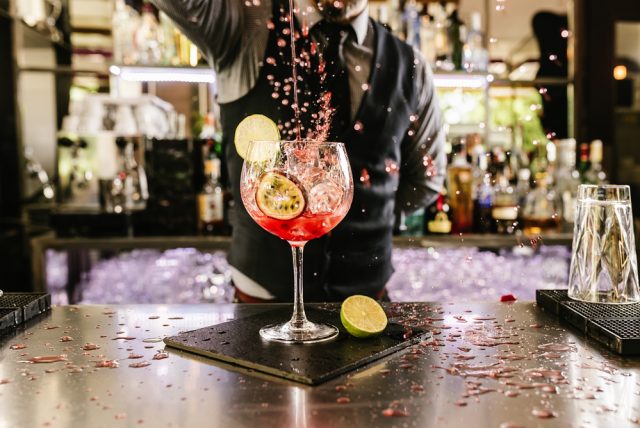 The firm reported a seventh successive year of record Christmas sales and this lead to a rise in first half revenue.

Additionally, shareholders were further impressed as the firm announced a deal with real estate landlords to surrender its lease on five struggling sites, and have rent reductions at four other units.

In the four weeks to December 31, the firm saw a 4% rise in like for like sales, as weekly sales during the period averaged £65,000.

Revolution announced that they close three under performing stores which were located in Swansea, Wood Street and Liverpool.

“I am delighted with our Christmas trading and the steady improvement in our like-for-like* sales performance over the first half is further evidence that our key initiatives are driving both operational and financial improvement. Considerable strides have been made in rebuilding customer loyalty and driving sales and profit from the existing estate, creating a stronger business with significant cash generation. Whilst external cost pressures persist, we will continue to manage cautiously, using excess cash to reduce indebtedness below one times EBTIDA before we will consider further expansion opportunities”

Loungers – a competitor to keep an eye on

A competitor in the form of Loungers (LON:LGRS) is a firm to keep an eye on.

In December, the firm gave a very impressive update to the market and looked to rival established names such as Fuller Smith & Turner (LON:FSTA) who have recently struggled.

The firm posted another  “another strong” set of interim results, with revenue rising over 20%, which built upon a prior update provided in the middle of 2019.

Loungers own 161 bars, cafes and restaurants across England and Wales, and are a vastly expanding brand.

For the 24 weeks to October 6, Loungers revenue climbed 22% on the year before to £79.8 million, with the pretax loss narrowing to £2.5 million from £4.3 million. On a like-for-like basis, revenue growth was 5.4%, a figure Loungers said was “sector leading”.

Loungers reported an adjusted pretax profit of £2.6 million, after a £4.3 million loss the year prior.

It is on track to open 25 new sites during its current financial year, and has a “strong” pipeline further ahead. The target is for 25 new sites to open per year.

Shareholders of Revolution will be thoroughly impressed with the firms performance and will expect the good run of form to continue into 2020.