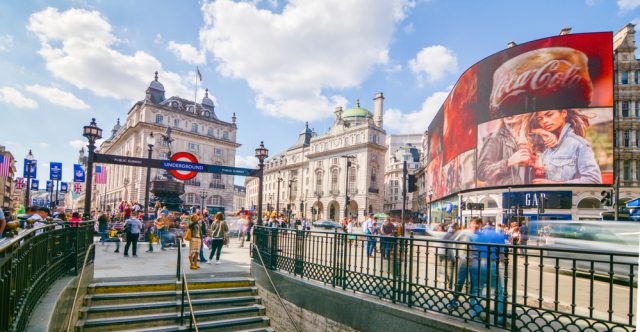 The company said it achieved £8.0 million of leasing transactions at or above September 2019 ERVs during the three months to 31 December 2019. It added that EPRA vacancy had narrowed from 3.7% to 3.6% between September and December, of which 1.3% was under offer.

It continued, saying that 211,000 squ foot of its property was under refurbishing and repurposing, which represented 10.3% of its portfolio. It concluded its summary, saying that half of the commercial space in its 72 Broadwick Street scheme had been pre-let, with ‘encouraging interest’ in the remaining space.

“Traditionally, the period leading up to and throughout Christmas and New Year has always seen the highest footfall and busiest trading, and this year has been no exception. Early data indicates that generally our occupiers, particularly F&B businesses, have seen turnover growth over the period, in contrast to reports of static or declining revenue and footfall nationally.”

“There are early signs of increasing activity in institutional property investment markets, although, in our locations, private owners remain reluctant to sell assets which, in common with our portfolio, offer both security and potential for income and value growth.”

“Our proven strategy and impossible-to-replicate portfolio continue to give us confidence in the long-term prospects for the business.“