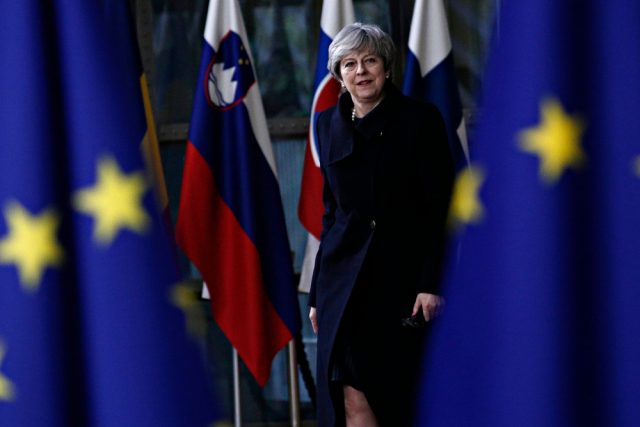 A vote of no confidence in Theresa May has been triggered sending the pound to the lowest levels since 2017 against the dollar before rebounding.

Sir Graham Brady released a statement saying he had received in excess of 48 letters representing 15% of the parliamentary party, the threshold to trigger a vote confidence.

Rumours of the threshold had been met started circulating last night with leading pundits tweeting they received word from senior sources the 1922 committee had received enough letters to a vote of confidence .

I said on @itvnews that predicting when @theresa_may goes is mug’s game. But someone I actually trust in all this tells me the 48 letters threshold for no-confidence vote In her by Tory MPs has been passed. Might be wrong. And I might be a prize mug. But thought I should mention

The sheer volume of rumours last night was enough to send the pound into a downward spiral with sterling falling as low as 1.2476 against the dollar, the lowest level since April 2017. On the official announcement this morning GBP/USD stabilised slightly and traded tentatively above 1.2500. 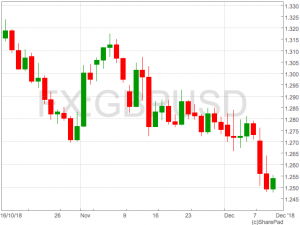 At the time of writing book makers and betting exchanges have Boris Johnson as the favourite for the next leader of the Conservative party. That would assume Theresa May loses the vote this evening.

The vote has plunged the Brexit negotiations into total chaos with very little in the way of indication of a potential timeline for the meaningful vote or whether the next leader would seek to tear up May’s proposal.

Major European leaders have so far said May’s deal was the only deal on the table.

The big fear among economists and analysts is the UK leaves with no deal, plunging the UK into economic uncertainty.

The immediate path of Brexit is highly dependant on whether Theresa May wins this evenings voye and the course of action the next leader decides on taking. The leadership contest is unlikely to happen for a number of weeks and parliament could take control of the Brexit process and revoke Article 50.

Boris Johnson and Sajid Jarvid are considered front runners after embarking on personal PR missions in recent days. Boris Johnson led the Leave campaign and while Jarvid voted Remain, he has been seen to shift towards a harder type of Brexit than proposed by his peers. 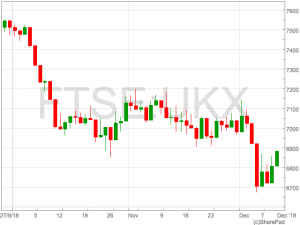 Having hit two year lows GBP/USD higher through Wednesday morning in tandem with the FTSE 100 which was up as much as 1% in early trade.