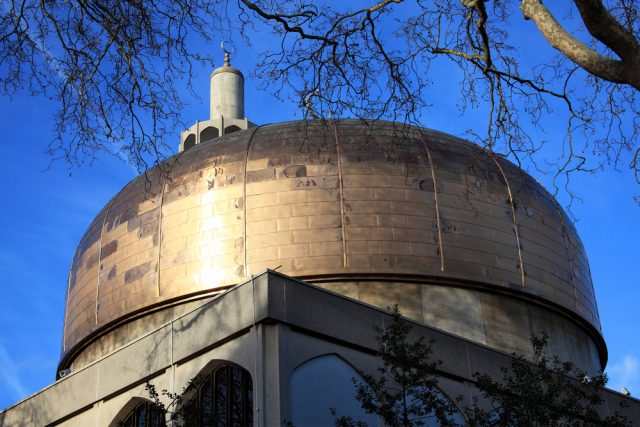 Scotland Yard announced they had launched an investigation into the attempted murder of the muezzin of the London Central Mosque.

The victim, who is in his seventies, was taken to a major trauma centre, but thankfully his injuries have since been deemed non-life-threatening.

The attack was carried out by a white male, who was wearing a red hoodie, barefoot and brandishing a knife. His appearance was revealed in footage posted on Twitter, after he was handcuffed by police.

BREAKING NEWS: We are hearing unconfirmed reports that a muadhin has been stabbed at London Central Mosque. More details to follow. pic.twitter.com/YQhU50hrBM

The Met Police Service were alerted to the incident which took place at ten past three on Thursday afternoon.

“Officers attended along with paramedics from the London ambulance service. A man was found with stab injuries.

“He was treated by paramedics before being taken to hospital … A man was arrested at the scene on suspicion of attempted murder. A crime scene has been put in place. Inquiries continue.”

Following up on the victim’s condition, the Ambulance Service stated,

“We sent an ambulance crew, a paramedic in a car and an advanced paramedic practitioner to this incident in Regent’s Park.

“We treated a man at the scene and took him to a major trauma centre.”

The Muslim Council expressed their concern following the incident, fearing that the UK’s Muslim community will be even more on-edge after other recent attacks.”

The motive behind the stabbing has not yet been made clear, nor have the identities or possible associations between the attacker and victim been publicised. The assumption of many at this point, will likely be that the attack was politically-motivated.

Two things we can be certain of, are that it was a hateful act carried out by a terrorist, and that the perpetrator should be handled with the contempt befitting that title.

Many have – and continue – to work tirelessly to protect the rights and safety we often take for granted in our society. The best we can do is work together to preserve that vision, and condemn today’s events.