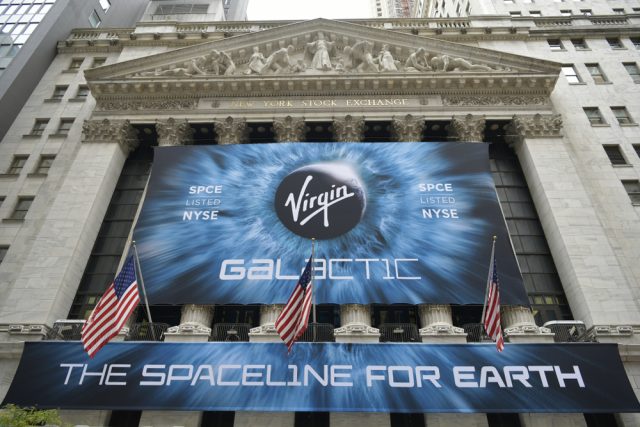 Space tourism company Virgin Galactic (NYSE:SPCE) is one of the few high profile innovators to top Tesla‘s (NASDAQ:TSLA) half-year rally, with its stock rocketing 310% in the last three months.

Continuing the comparison, Virgin Galactic has been dubbed ‘the Tesla of space travel’, though SpaceX may have something to say about that. Richard Branson’s long-awaited commercial space venture has proved a treat with wide-eyed investors, who tipped it over the $40 mark for the first time on Thursday.

The similarities between VG and Elon Musk’s company shouldn’t just end there though, I think. A prudent investor should take a similar approach to Virgin Galactic, to the one many have advised we take to Tesla.

Its growth potential is entirely subject to its innovative success, which is difficult to predict at the best of times, and even more difficult when we begin factoring in the commercial viability of new innovations. The best we can suggest is that an individual decides what their objectives are before investing. If you’re happy in the knowledge that you’re contributing to something potentially significant to society, with a chance of extreme success or complete failure, then fill your boots!

Should we expect complete doom or just a little gloom for Virgin Galactic?

On Thursday, Business Insider cited data from S3 Partners, which stated that the volume of VG stock shorted in the last 30 days had risen by 3.4 million, representing a 25% increase.

“Short interest, much like Virgin Galactic’s VSS Unity spaceship, has never seen such heights before,”

“Although all the signs point to a short squeeze, we do not see shorts capitulating and exiting their positions at this time,”
“While there is no short squeeze at the moment, there is a very good chance shorts may start covering as even higher stock borrow rates make a losing trade too painful to hold onto,”
So, Dusaniwsky doesn’t think there’s a short squeeze coming in the near future. However, the unavoidable stat to note is that short-sellers have lost $440 million in mark-to-market this year. So – while I wouldn’t suggest throwing money hand over fist at VG, I would equally warn against being overly bearish on the stock, either. Its continued rise certainly isn’t a sure thing, and based on today’s analysis, if you’re not involved in Virgin Galactic I’d advise you to keep it that way.

Have Morgan Stanley sounded the death knell for VG’s rally?

Falling short of prophesying a price collapse, Morgan Stanley (NYSE:MS) prompted a temporary VG price dip as it published its analysis on Thursday.
While noting that the company were currently outstripping both Tesla and Apple (NASDAQ:AAPL) in Wall Street sales, Morgan Stanley see price consolidation on the horizon.
Speaking to CNBC, MS Analyst Adam Jonas said,
“A modest correction is overdue, and frankly, healthy, in our opinion,”
“Even Spaceships Must Return to Earth. [… Virgin Galactic] deserves a bit of a breather here,”
He added that it’s difficult “to identify significant thesis changing/accelerating events since the time of our initiation in early December of 2019.”

Looking ahead, Morgan Stanley think VG has attained a fortuitous position, and that the time is right for the company to launch a capital raising campaign.

“Why not raise capital now?”

“While the company has sufficient levels of liquidity to meet the needs of launching its commercial service, investors may nonetheless ask, or even encourage, management to consider adding to the coffers, given unpredictable market conditions,” Jonas said.