Investors are always looking for the next big thing, but predicting trends in a field as nuanced as the art world is no easy feat. Here’s our insider’s guide to three artists who are about to make it big on the art scene. Now’s the time to invest in their work before the rest of the art world catches up.

Born Marquis Lewis in Los Angeles in 1979, the acclaimed street artist RETNA is best known for his striking typography and intricate letterwork which is rich in hidden meaning and symbolism. The artist chose his unusual moniker from the lyrics of a Wu Tang song which was particularly important to him when he was young and became interested in street art after spotting grafitti along the highway.

RETNA’s work includes large-scale murals and sculptures as well as smaller, more gallery-friendly pieces featuring his charismatic geometric script which is aesthetically reminiscent of Egyptian hieroglyphs and Native American symbology. His text is not written in an identifiable language, since RETNA explains that “I want my text to feel universal. I want people from different cultures to all find some similarity in it—whether they can read it or not.”

RETNA’s work has been snapped up by the likes of Usher, Swizz Beatz, and expert curators and collectors like Jeffrey Deitch, and his pieces have consistently over-performed at auction. Examples include his “Soldiers is Another Frame of Mind” (2013) which sold for $36,400 against the high estimate of $22,800, while at the annual Clara Lionel Foundation Diamond Ball in September 2017 Dave Chapelle made a successful $180,000 bid on a RETNA painting.

Nicknamed the “Godfather of street art”, Richard Hambleton was born in Vancouver in 1952 and is best known for his sinister shadowman silhouettes daubed on buildings in New York. Hambleton studied at the Vancouver School of Art and began his striking “Image Mass Murder” series in 1976, taking influence from the chalk outlines drawn by the police at murder scenes.

In 1979 Hambleton permanently settled in New York and began to work in his studio rather than directly on the streets. During the 1980s art boom he enjoyed significant success and was considered part of the influential group which also included Keith Haring and Jean-Michel Basquiat.

Today Hambleton’s works grace top galleries and museums across the world including the Brooklyn Museum, the Andy Warhol Museum in Pittsburgh, and The Museum of Modern Art in New York. Although until now Hambleton has lagged behind contemporaries like Basquiat, his work is now receiving the recognition it deserves. The recent sale of “Opening” (1983) which beat its €7,000 low estimate by over 20 times at Blindarte in Milan, with a closing price of €150,000.

This is not an isolated event; over the past couple of years the value of his work has shot up from a couple of thousand dollars to 6 figures. The current record price for a Hambleton work is for “As the world burns” which sold at Artcurial in 2018 for $553,332. The future looks very bright indeed for those who own or are able to obtain Hambleton pieces before prices climb even higher.

Mark Sloper is the genius behind Illuminati Neon which draws on the artist’s punk roots as a friend of the Sex Pistols and producer of the recent Sky TV documentary, Punk 67. Sloper went to art college in Sheffield before falling in love with punk. In the Illuminati Neon studio in Shepherds Bush each piece is bespoke and hand-blown, featuring witty punk messages which bring a touch of irony or humour to the image.

Illuminati Neon is rapidly developing a dedicated following on the international art circuit, and in September Mark Sloper’s work featured in the world’s best emerging artists exhibition at the prestigious Saatchi Gallery in London. For the moment Illuminati Neon’s pieces remain extremely affordable, making this artist exceptionally attractive to art investors looking for the next big thing. 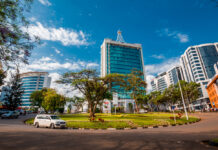 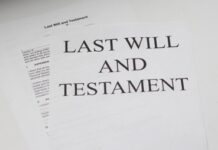 Ways to Reduce Inheritance Tax in the UK 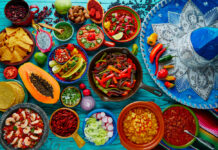