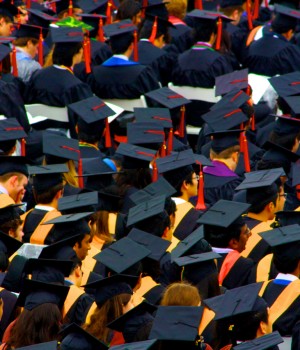 It seems that the glass ceiling is being replaced by a class ceiling, as findings report that the UK’s most elite financial services and legal firms operate a “poshness test” when hiring.

According to a report published today, as many as 70 percent of the jobs offered in 2014 were to graduates educated in selective state and fee-paying schools, said the report from the government-appointed Social Mobility and Child Poverty Commission.

“This research shows that young people with working-class backgrounds are being systematically locked out of top jobs,” said commission chairman Alan Milburn.

Interview questions often ask about holidays the applicant has been on, places visited and languages known, belittling or cutting those who come from disadvantaged backgrounds who cannot afford to take “gap years”. Very occasionally, the report said, a person’s accent can be an obstacle to obtaining a job.

The report has caused high-profile figures to speak out against its findings; the City of London Corporation has called for greater social mobility, with Boris Johnson that saying firms should focus on the “skills, talent and energy” of applicants. In an article for The Independent, journalist Janet Street Porter agreed, writing:“I were a boss, I’d be less likely to employ someone who’d spent a gap year travelling and doing voluntary work abroad”, advocating getting a part time job instead of travelling to gain valuable experience in the real world.