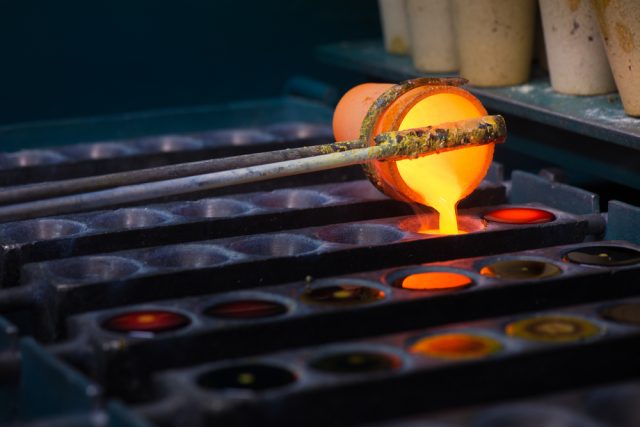 Trans-Siberian Gold plc (LON: TSG) have seen their shares fall on Wednesday afternoon after the firm gave an update about its Asacha gold mine.

The Group also holds the licence for the development and exploration of the Rodnikova deposit, one of the largest gold fields in South Kamchatka.

Today, the firm said that analysis showed the resource at the Asacha gold mine had been overestimated.

Initially, shareholders would have been excited about the performance of Trans-Siberian over the last few months, however this will be a little disappointing.

The total measured, indicated, and inferred mineral resource for the Kamchatka-located mine has fallen to 313,000 ounces of gold and 675,000 ounces of silver as at the start of December 2019.

The estimate before the results were published was 553,000 ounces of gold and 1.3 million ounces of silver which showed a 43% and 93% drop respectively.

The East Zone is yet to be mined, however shareholders will remain optimistic that Trans-Siberian can pull off some good results.

As Trans-Siberian Gold reported in September and October, preliminary internal estimates of Asacha “indicated the existing in-situ resource may have been overestimated”.

Trans-SIberian explained that the decrease was due to the collapse of older workings on the main zone.

Further drilling and interpretation, tied in with changes to estimation parameters also contributed to the over estimation. The update also mentioned future plans for the firm.

Chief Executive Alexander Dorogov said: “I am pleased with the work the team at Asacha has done to update the mineral resource estimate. We have invested heavily in improving our understanding of the ore body through a significant drilling campaign which confirms our expectations and provides the basis for better mine planning out to 2024.

“The resource will be supplemented by additional ounces targeted in an accelerated exploration programme as well as existing stockpiles. A new drilling campaign of approximately 8,000 metres around Vein 25 in the East zone is already underway. We are confident we have the time, capital and skills to upgrade the mineral resource at Asacha. Formal guidance for 2020 will follow shortly, but at this stage we anticipate annual gold production to be in line with recent years.”

Another firm which operates in Russia, in the form of Eurasia Mining (LON:EUA) has seen its shares become volatile over the last few months.

At the start of December, the firm saw its shares surge as it gave shareholders a confident update on its Russian operations.

Research in Russia found that the whole of Monchetundra, which includes areas where Eurasia does not currently have a licence for, has a potential 40 million ounces of platinum group metals.

Eurasia added – “This data has not been independently verified by Eurasia and other than the area covered by the company’s existing licence, the company does not yet have any other licences in the area. The company would need to verify the data in the Russian Cadastre through additional work and drilling.”

Certainly, shareholders will be keen to see whether TSG can make up lost ground from their previous estimates, and further drilling estimates will be eagerly anticipated.