Home News Transport for London to crackdown on Uber 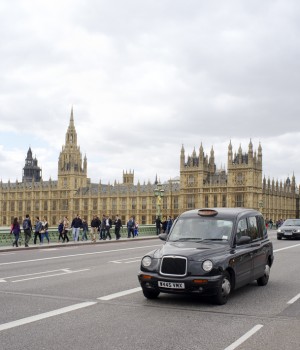 Love it or hate it, Uber has undoubtedly revolutionised taxis in all over the World. With now over 60,000 private hire vehicles in London, it isn’t surprising there is tension and dispute with TFL and traditional black cab drivers.

Despite being criticised for being too soft on Uber, TFL has recently proposed a series of measures that will change many of Uber’s business models; one of which includes a compulsory five minute wait after requesting a taxi.

Whilst the chief operating officer for surface transport at TFL Garrett Emmerson claims these changes will “improve the regulations that govern the capital’s private hire trade”, this crackdown on the app-controlled taxi ride have been described as bureaucratic by Uber’s UK head.

This severe crackdown may be what the black cab drivers have been looking for, but Uber is fighting back with an online petition that has already gathered over 80,000 signatures to ensure these new laws for private car hire won’t ‘be the end of Uber we all know and love”.