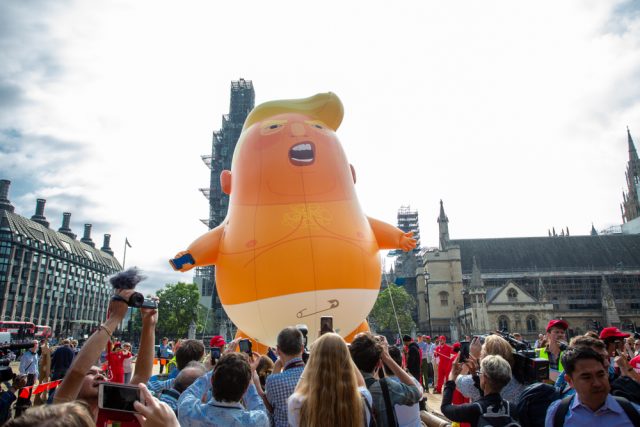 President of the US, Donald Trump, has sparked tensions with the Mayor of London, Sadiq Khan, before even stepping foot on UK soil.

During his journey to London Stansted, the President took to Twitter to express his views concerning the Mayor of London.

According to Trump, Sadiq Khan has done a “terrible” job as Mayor of the capital, whilst also being “foolishly nasty” towards the President of the US. Additionally, Trump called the Mayor of London a “stone cold loser” who should focus his time on combating “crime in London” rather than on Trump.

Despite these comments, Trump finished by adding that he look forward to be a “great friend” to the United Kingdom, equally looking forward to his visit.

.@SadiqKhan, who by all accounts has done a terrible job as Mayor of London, has been foolishly “nasty” to the visiting President of the United States, by far the most important ally of the United Kingdom. He is a stone cold loser who should focus on crime in London, not me……

….Kahn reminds me very much of our very dumb and incompetent Mayor of NYC, de Blasio, who has also done a terrible job – only half his height. In any event, I look forward to being a great friend to the United Kingdom, and am looking very much forward to my visit. Landing now!

“This is much more serious than childish insults which should be beneath the president of the United States,” responded a spokesman for Khan, according to the BBC.

“Sadiq is representing the progressive values of London and our country warning that Donald Trump is the most egregious example of growing far right threat around the globe,” Khan’s spokesman continued.

The President of the US will be greeted with the return of the giant baby blimp that will take to the skies of London in honor of his arrival.

The Trump baby blimp was also flown over Parliament Square back in July 2018 during the US President’s visit to the capital.

Permission to fly the baby blimp was granted by the Greater London Authority, lead by Khan, and the Civil Aviation Authority.

At the end of last week, the FTSE 100 and other major European indices sank following Trump’s announcement that he will impose a 5% tariffs on all Mexican goods. These are set to begin on the 10th June, beginning with a 5% tariff that will gradually increase.