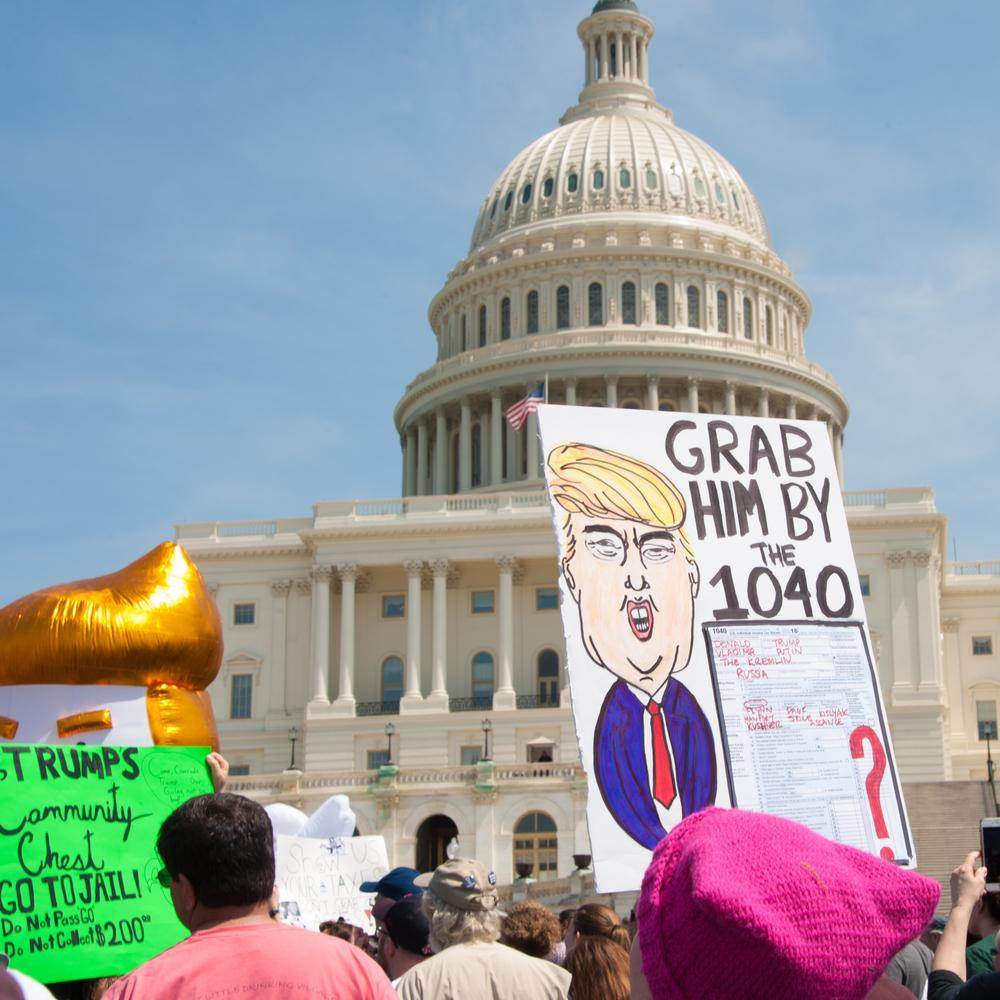 The bombastic tangerine has done it again. Incumbent POTUS Donald Trump has lashed out on Twitter in response to doubters of his business acumen. Ironically, his conceited keyboard mashing will leave many (further) doubting his basic common sense – or lack there-of – and many of his political and legal advisors screaming into their proverbial pillows.

The self-dubbed peoples’ champion has yet to claw back industrial jobs from China, and when he isn’t comparing haircuts with Kim Jong-Un, the subpoena-dodging head of state busies himself with refusing the Democrats’ calls to disclose his tax returns. This hollow continuum was somewhat unsettled today, however, with the New York Times publishing printouts from Trump’s official Internal Revenue Service tax transcripts.

A legal spokesperson for the president has stated that the information published by the NYT is, “demonstrably false”, and that the reports, “about the president’s tax returns and business from 30 years ago are highly inaccurate”. Indeed, such findings, if verified, would prove problematic in light of the president touting himself as a self-made business success during the 2016 campaign trail.

But all is well, the president decided to give us a de facto verification this morning.

Keen to protect his image as a reputable business tycoon, and more likely to keep his ego afloat, Trump responded to the NYT reports directly. He confirmed that at least officially, his businesses did indeed run at a loss. More significantly, and with a degree of hollow hilarity, he admitted to not paying ANY income tax for eight of the ten years in question.

Real estate developers in the 1980’s & 1990’s, more than 30 years ago, were entitled to massive write offs and depreciation which would, if one was actively building, show losses and tax losses in almost all cases. Much was non monetary. Sometimes considered “tax shelter,” ……

….you would get it by building, or even buying. You always wanted to show losses for tax purposes….almost all real estate developers did – and often re-negotiate with banks, it was sport. Additionally, the very old information put out is a highly inaccurate Fake News hit job!

So, reporting losses to avoid paying tax, not exactly a shock revelation. What should irk readers though, is the audacity of a man who proclaims allegiance with the common citizen but shirks the responsibility of contributing to the social securities and insurances that keeps afloat the society he not only lives in but benefits from. He is hardly the only individual, nay the only politician guilty of this, but holding the office of president is an honour, and being so brazen about his misdeeds is frankly insulting. Trump’s flagrant disregard of any sense of civic duty is not only disheartening but a slap in the face to centuries-old constitutional democracy built on reciprocal rights and responsibilities, which he as president is supposed to embody and protect.

Realising this is probably getting a bit morbid, we’ll keep this brief. Trump has stated that his tax returns are not available because they are being audited, yet his former personal attorney, Michael Cohen, in fact testified that this was not the case. Irrespective of the fact that auditing should not, and logistically does not, have any bearing on whether one’s taxes are able to be reviewed, Trump is the first in recent times to break the presidential precedent of releasing tax return data.

The Democrats are now pursuing the release of this information on grounds of a potential conflict of interests, which, if we know anything about our friend Mr Trump, seems prudent. I mean, what would the US’s 259th richest man – with extensive ongoing business interests – possibly have to hide?