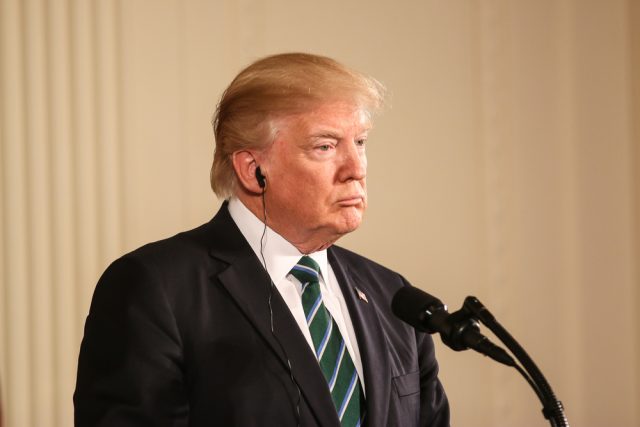 US economic growth rose to an annualised rate of 4.1 percent in the second quarter of the year, according to the latest figures from the Department of Commerce.

The growth rate was the fastest since the third quarter of 2014, boosted largely by consumer spending. The annualised growth rate for the first quarter of the year was also revised up to 2.2 percent from 2 percent previously.

Consumer spending grew at an annual rate of 4 percent, up from just 0.5 percent in January-March. Business investment also rose by 7.3 percent..

At a press conference, President Donald Trump said the figures were “great”, and that he was confident they would rise again in the future.

He added that the US economy was growing much faster than under the previous two administrations, and that if the current growth rate is maintained, the US economy will double in size 10 years faster than it would have done under presidents Bush or Obama