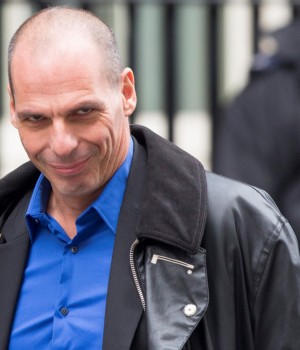 In an interview with the BBC, former Greek Finance Minister Varoufakis said the latest Greek deal will “go down in history as the greatest disaster of macroeconomic management ever”.

Varoufakis made a surprise departure from the Syriza government following the ‘No’ victory in the referendum on whether to accept harsh austerity measures.

Many of these economy destroying reforms were accepted a few days later in what many see as a complete capitulation by the Greek PM.

Varoufakis, the game theory expert, has been vocal in his continued distrust of the so-called ‘Troika’ since his departure. His latest comments are echoed by some of his recent replacements, some of whom are showing the first signs that the latest deal may not be as watertight as some would hope.

“Our aim is to negotiate hard for the terms of the agreement, not just to seal it, but on how it will be implemented. There are many vague terms in the text,” said newly-appointed Labour Minister George Katrougalos.

Greek banks have been closed for a number of weeks but are set to reopen on Monday after being order to do so by the government.

It will be a tense time for the whole of Europe, if Greeks continue to pull their money from the banks as they had been prior to capital controls, the last three weeks of talks, counter offers and humiliation may have been for nothing.