Home Shares Wetherspoons: shares plunge but can it ride out the storm?

Revenues at the group fell by 30.6% to £1.26bn amid lockdown and forced closures as well as one-off costs of £29m on staff costs and equipment.

Tim Martin, the founder and chairman of JD Wetherspoon, blamed the government for not giving enough support to the hospitality sector and introducing curfews, which “has few supporters outside the narrow cloisters of Downing Street and Sage meetings”.

Since July, 429 employees have tested positive for coronavirus. The pub group said it was below levels at Amazon.

Martin said: “If pubs were, indeed, ‘centres of transmission’ it might be expected that infection rates would be higher among employees than those of either the general population or companies like Amazon.

“It appears the government and its advisers were clearly uncomfortable as the country emerged from lockdown. They have introduced, without consultation, under emergency powers, an ever-changing raft of ill-thought-out regulations. None of the new regulations appears to have any obvious basis in science,” he added.

Wetherspoons is in the process of cutting employees at airport sites by 450. The news comes as pub and brewer Marston’s announced it was axing 2,150 jobs.

Despite the new restrictions, analysts remain confident that the group will continue to perform.

Alastair Reid from Investec told the Guardian: “The path of recovery rarely runs in a perfectly straight line, and new government restrictions will continue to buffet JD Wetherspoon.”

“However, the company is well placed to ride out the storm and the results demonstrate it is well-positioned to capture a growing share of demand as and when it returns. We expect the company to emerge even more robustly from the crisis,” Reid added. 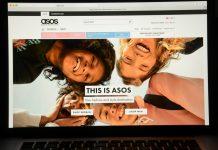