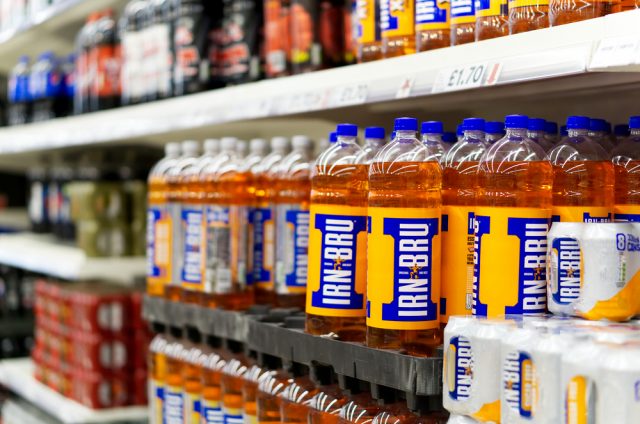 AG Barr (LON:BAG), the maker of Irn-Bru and Rubicon, posted a decline in profits on Tuesday in its results for the six months ended 27 July.

The soft drinks manufacturer did however confirm that it expects to meet its revised profit expectations, which it issued back in July.

Shares in the company were up during trading on Tuesday.

Meanwhile, the company posted a statutory profit before tax of £13.5 million, down on the £18.2 million seen in the prior year.

“Our innovation performance and pipeline remain strong with encouraging initial trade and consumer response to the recently launched IRN-BRU Energy range, which following the initial launch in Scotland,  is now planned to roll out across the wider UK market later in the year,” AG Barr said in its interim results.

Indeed, AG Barr launched its Irn-Bru Energy range in July, and has seen an “encouraging” initial trade and consumer response.

AG Barr said that “we did however underestimate the volume benefit we received in 2018 from both one-off trading factors and favourable weather”.

“This, combined with some specific brand challenges, saw a deterioration in financial performance as per the revised market guidance issued in the pre-close trading update on 16 July 2019,” the soft drinks manufacturer added.

Indeed, in July the company warned of a 20% decline in annual profits, blaming the poor weather and the impacts surrounding last year’s sugar tax.

“We have plans in place to address our specific brand related challenges and are ensuring that the business is appropriately scaled to perform in the current market,” the Chief Executive continued.