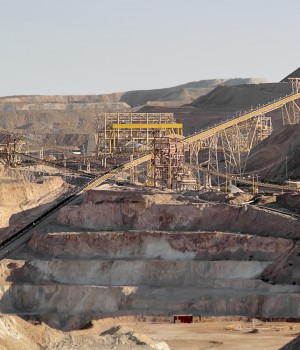 FTSE 100 Copper miner, Antofagasta (LON:ANTO), has been forced to shut down one of its mines following an 8.3 magnitude earthquake in Chile.

Chile is the world’s largest copper producing nation and the disaster overnight helped lift the price of copper to two month highs in Asian trading.

There is not yet any indication of when the mines will be back online.

Codelco was also forced to shut down ones of their mines, the combined output of the Antofagasta mine and Codelco is roughly 600,000 tonnes per year.

If there is any lasting impact on production it would add to Glencores removal of 400,000 tonnes of production  put in place earlier this month by closing African operations.

The possible 1m tonnes of halted production would equate to roughly 5.5% of global production (International Copper Study Group). Some analysts see the reduced output as a potential catalyst for a move to the upside if the global economy, particularly China, improves.

“Anything that has potential to restrict supply will have more of an effect on the price when things pick up,” said Jonathan Barratt, chief investment officer at Sydney’s Ayers Alliance

So far, doubts over the strength of the Chinese economy have kept a cap on prices and copper remains in a medium term downtrend.