The BHP share price (LON:BHP) is up by 0.51% on Tuesday morning in London, as the mining giant confirmed it will be supplying nickel to Tesla. The news comes on the back of what has been a poor showing so far this week for the BHP share price, which is still down by 0.73% over the past five days.

Going back further, it has been a volatile 2021 for the FTSE 100 company. BHP has added 11% since the beginning of year. With news of the deal with Tesla, in addition to rumours over a bumper shareholder payout and a potential departure from oil and gas, now is a pivotal time for the company. Investors in the miner will be curious as to what the ongoings surrounding the firm mean for the BHP share price in the near-term and further ahead.

BHP confirmed on Thursday that it reached an agreement with Tesla for the car maker to supply nickel, as well as working alongside the company to reduce carbon emissions along the battery supply chain.

“Demand for nickel in batteries is estimated to grow by over 500 per cent over the next decade, in large part to support the world’s rising demand for electric vehicles,” BHP Chief Commercial Officer Vandita Pant said in a statement.

Tesla confirmed last month that it expects to spend more than $1bn per year on battery raw materials from Australia due to the country’s reliable mining sector.

BHP reiterated its claim to be one of the most sustainable and lowest carbon emission nickel producers across the world.

Nickel and copper could be two key commodities in de-carbonising the global economy. Therefore this move could prove to be beneficial to the long-term outlook of the BHP share price.

Investors will be paying attention to BHP’s dividends ahead of its result statement on 16 August. In positive news for shareholders, Berenberg, the broker, is expecting a sizeable payout.

Berenberg is forecasting a dividend payment of $3.05, up from US$1.20 the year before, which would be a yield of around 10%.

“We believe this is achievable given our forecast US$4.5bn reduction in net debt over FY21 to US$7.5bn, which remains well below the US$12- 17bn guidance range,” Berenberg said in a note.

BHP has been weighing up the possibility of selling its oil and gas assets, as the miner looks to focus itself on commodities better suited to the future. With pressure coming from investors, climate campaigners and the Paris climate agreement, the mining giant considers now a good time to review its oil and gas operations.

On the other hand, there is a financial incentive to invest in the industry in the shorter-term, due to the lack of investment. With investors and major companies increasingly focused on ESG concerns, an opportunity has been left behind.

While most of its revenue comes from iron ore and nickel, the company has a decision to make, which could upset its shareholders and the BHP share price. 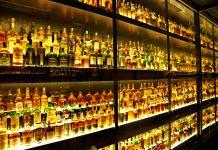 Diageo poised for return of nightclubs but warns of volatility ahead 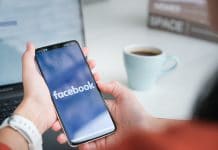 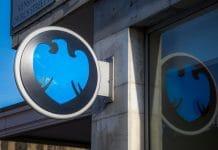 Barclays share price: dividends are back as profit smashes expectations