Things have not gone to plan this year for BlueRock Diamonds (LON: BRD) but it has used the mining shutdown to enhance the original strategy. Overheads will be spread over a much larger operation, enabling BlueRock to become cash generative.

South African diamond miner BlueRock acquired a second, recently refurbished processing plant for £620,000 earlier this year. That would have more than doubled processed material to 750,000 tonnes.

The South African authorities forced mines to close during the second quarter and management reassessed the position. During that period, it was decided to invest in a new front-end crusher that would further increase capacity.

The latest plan is to increase annual production volumes to one million tonnes, which should be equivalent to 45,000 carats, by the end of 2020. There are also plans to improve recovery rates.

The diamond miner increased production in the third quarter from 3,973 carats one year ago to 5,577 carats. Sales were much lower at 3,803 carats because there was one sale during the quarter. In the fourth quarter, there are likely to be diamond sales each month.

The average price realised has fallen from $432/carat to $330/carat. That was expected due to the change in mix of stones with only one high value stone sold during the period.

Even so, third quarter revenues were similar to the revenues in the first half and there should be a further increase in the fourth quarter even if prices do not rise.

Costs should fall to $220/carat when the capital investment is completed. There could still be a profit of more than $100/carat when the new capacity is fully up and running. Cost cutting measures planned for next year, including linking to the electricity grid, should further reduce costs to below $200/carat.

The cash costs of Covid-19 during the six week shut down were £550,000 and there was a significant first half loss.

In July, BlackRock raised £1.25m at 35p a share in order to finance the expansion. After that fundraising there was around £2.4m in the bank. That will be enough to complete the capital investment.

Part of a £925,000 loan, which is convertible at a price well above the market price, has been extended to October 2022 in return for increasing the total principal to £1.15m.

At 57.5p, the share price is well above the most recent placing price of 35p but below the February placing price of 85p. Once the capacity has been increased, the company should be highly cash generative.

BlueRock has a market capitalisation of £5.2m and it could generate that level of cash over a couple of years of increased production.

An updated resource estimate is expected in the near future. 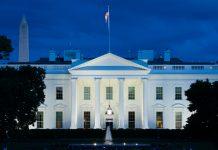