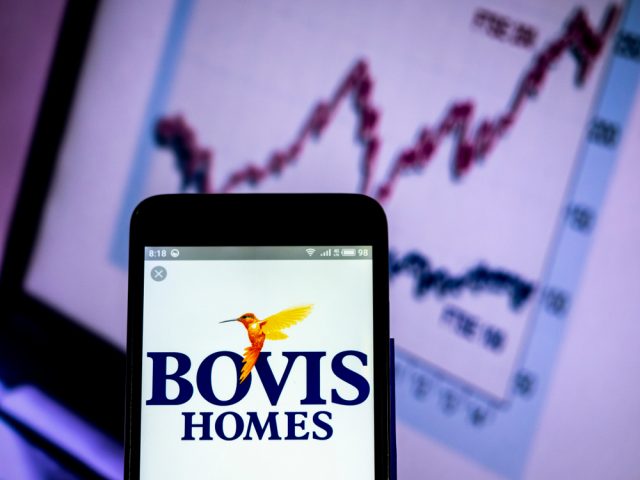 House building firm Bovis Homes Group plc (LON:BVS) have posted their latest round of updates, and the general tone appears similar to previous updates this year and throughout last year. The Kent-based company commented on continued ‘strong performance’ which it attributed to ‘good’ levels of demand for new homes during the course of the year so far.

Bovis are enjoying a starkly different year to some British property-oriented businesses such as online estate agency Purplebricks (LON:PURP).

Though the company did not comment on revenues and profits, they did comment that for the year to date, the average private sales rate per site per week was up 17% on-year from 0.52 to 0.61.

The firm added that efforts to control costs were ongoing with an attempt to continue offsetting the impact of limited sales price inflation and a rise in build costs at a rate of 3 to 4%.

It continued, saying that it had, “excellent visibility on land with 98% of our land for our 2020 completions secured and 68% secured for 2021 (excluding strategic land contributions).” For the year to-date, it has opened seven new developments, and is operating from 87 active sites. It expects to open 16 new sites over the course of the year and is working towards equalling the same number of active sites as last year.

“The current market fundamentals remain strong and we continue to see good levels of demand for new homes across all of our operating regions.  We have a strong forward sales position and are confident of delivering completions in line with our expectations for the year,” Bovis Homes said in its statement.

“The Group set out its medium term targets to be achieved by 2020 to return Bovis Homes to being a leading UK housebuilder and significantly improving returns to our shareholders.”

“We continue to make good progress against these targets with several already achieved.  We expect to make further progress on the Group’s operational and financial performance in the current year.”

The company confirmed that the full-year dividend for 2018 was raised to 57p a share, up form 47.5p per share in the year before. However, when the special dividend of 45p a share was paid last November, this brought the total payout for the 12 month period to 102p per share.

Despite the positive update, the company’s share price dipped in morning trading, down 12p or 1.15% to 1,033p a share 22/05/19 12:05 GMT. Analysts’ forecasts have varied, with the only consensus being witnessed between Liberum Capital and Peel Hunt, both of whom reiterated their ‘Hold’ rating. Numis (LON:NUM) reiterated their ‘Buy’ stance on Bovis stock while Shore Capital downgraded their rating from ‘Buy’ to ‘Sell’.