Home Features British Bars and Pubs round up – a cocktail of results and... 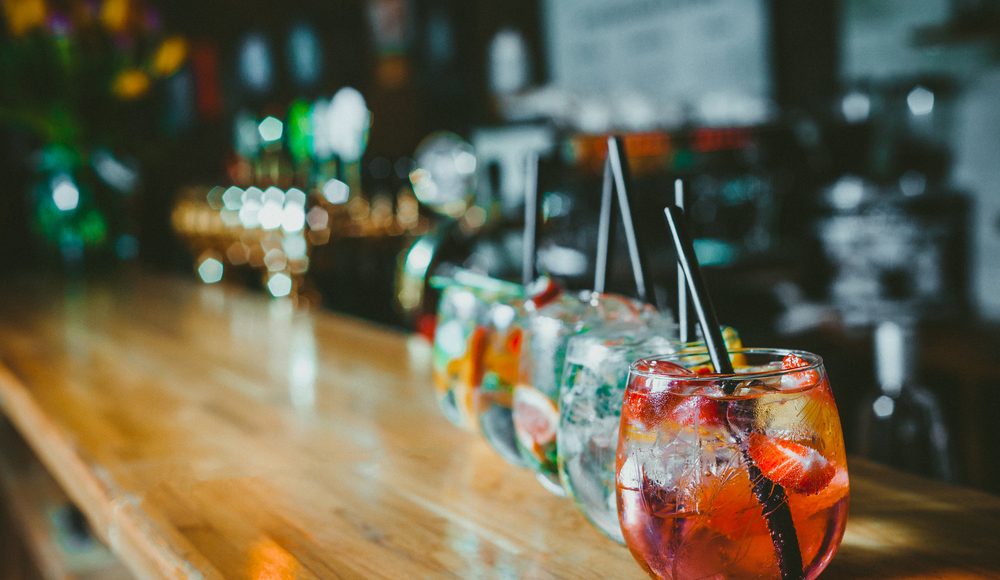 The British bars and pubs scene has been busy over the last few weeks and months. Different firms have seen different results across the festive trading period, where firms look to make ground and reach peak business trading levels.

Here is a roundup of the most recent updates from the main names in the industry giving a full overlook of their recent performances.

When looking at the British pub market, the first name that automatically springs to mind is J D Wetherspoon plc (LON:JDW).

Wetherspoon is known to be the home of a cheap pint, discounted pitchers and home to many university students looking for a pint and a cheap meal.

The main spokesperson of the company, Tim Martin has been an advocate for Brexit and was one of the main figures for the “Leave” Campaign back in June 2016, and since then has voiced his opinion over many issues of politics, economics and governance on both British and European politics.

So how have Wetherspoons performed?

In November, the firm saw their shares spike following a bullish quarterly update.

The British pub chain boasted strong sales figures, which increased across the quarter as customers spent more its nearly 900 pubs across Britain and Ireland.

A few weeks on from the bullish update, Wetherspoons pulled a rabbit out of the hat with an update which promised a job creation pledge.

These new branches will be located within in small and medium-sized British towns and cities but also in London, Edinburgh,
Glasgow, Birmingham and Leeds as well as the Irish cities of Dublin and Galway.

“Wetherspoon will not be entering into any deal like everyone else,” a company spokesman said.

The planned opening of these new pubs and chains meant that Wetherspoons told the British people that they will create 10,000 new jobs which is certainly something that will win over the support of the British public.

The Christmas and New Year period allowed Wetherspoon to continue their fine run of form.

A few weeks back the FTSE 250 listed rom saw a rise in like for like sales across the 12 weeks period ending January 19, which included the festive trading season notably.

Across the twelve weeks period, the firm saw total sales climb 4.2% with like for like sales 4.7% higher, an impressive feat to show the market.

Total year-to-date sales also rose by 4.9% which reflected the successful nature of the firm in the recent weeks.

The British pub chain said that it is expecting to open up an additional 10 to 15 and spending £80 million on new units and extensions at existing pubs.

Additionally, Wetherspoon alluded to £57 million so far this financial year that it has spent on freehold reversions of 18 pubs.

Although the company said it is in “a sound financial position”, come the July year-end net debt is expected to be between £780 million and £820 million, “slightly higher than previously anticipated, due to higher than anticipated capital expenditure.”

Following a strong few months of trading, it is clear to see that Wetherspoon’s are continuing to dominate the British pub market, and plans for growth and expansion are well underway which could impose their position as a market leader.

Interestingly, the last few months has also given room for some other firms to make ground.

Loungers is an operator of café/ bar/ restaurants across England and Wales under two distinct but complementary brands, Lounge and Cosy Club.

For the 24 weeks to October 6, the pub and restaurant firm saw its revenue climb22% on the year before to £79.8 million, with the pretax loss narrowing to £2.5 million from £4.3 million. On a like-for-like basis, revenue growth was 5.4%, a figure Loungers said was “sector leading”.

Loungers reported an adjusted pretax profit of £2.6 million, after a £4.3 million loss the year prior.

It is on track to open 25 new sites during its current financial year, and has a “strong” pipeline further ahead. The target is for 25 new sites to open per year.

“Looking ahead, the strength of our financial 2020 openings to date and the continued evolution of our offer further underpins our confidence in continuing our current growth rate of 25 new openings per year and the potential for more than 400 Lounges and 100 Cosy Clubs across the UK,” said CEO Collins.

Notably, Loungers built strongly from their previous update in August.

Loungers shares were admitted to the AIM post year end and raised £83.30 million.

Collins said “Our admission to AIM post the FY19 year-end has meant almost 600 employees have had the opportunity to become shareholders in Loungers plc and it is fantastic that their hard work and commitment can be rewarded in this way.”

Loungers are a firm that are for sure on the rise, and the market should be prepared for the vast expansion and development that Loungers could see across 2020.

In my opinion, out of all the British bar and pub chains, Loungers is definitely a firm to keep an eye on as they separate themselves within a competitive market with their unique bar themes and layouts.

Revolution Bars (LON:RBG) are an another pub like chain, but have their markets split as they operate cocktail bars and run like a night club at the weekends.

Revolution is a brand which stands out in my mind, and a smile comes to my face when I think about the fun range of cocktails, flavored vodka’s and bizarre drinks that they provide, many which I have tasted.

In January, the firm reported a seventh successive year off record Christmas sales and this lead to a rise in first half revenue.

In the four weeks to December 31, the firm saw a 4% rise in like for like sales, as weekly sales during the period averaged £65,000.

“I am delighted with our Christmas trading and the steady improvement in our like-for-like* sales performance over the first half is further evidence that our key initiatives are driving both operational and financial improvement. Considerable strides have been made in rebuilding customer loyalty and driving sales and profit from the existing estate, creating a stronger business with significant cash generation.”

Revolution continue to grow from strength to strength, but do not boast as many chains compared to Wetherspoon.

However, the firm does operate in a niche market. Looking at the results over Christmas in the last few years however, Revolution is a brand which holds respect in the British bar and pub market.

Fuller, Smith & Turner (LON:FSTA) had seen a positive period of trading in July, as the firm reported revenue grows in a year where the Company were particularly active in terms of operational and strategic developments.

On the other hand statutory profit before tax was down from £43.6 million to £26.1 million for FY19, following separately disclosed items of £17.1 million. Adjusted profits were also flat year-on-year at £43.2 million.

On its operations, the Company said it saw 4.9% like-for-like sales growth from Managed Pubs and Hotels. Like for like profits rose 1% on good performance from Tenanted Inns.

Fortunes changed hands for Fuller, Smith and Turner as the firm issued a profit caution to shareholder in November.

The statement provided updated shareholders saying that annual profit was set to be unchanged.

The firm alluded to costs with the separation of its brewing business came in significantly higher than expected.

The firm saw its shares spike in November, as it gave an impressive update to the market.

In the 52 weeks to September 28, Mitchells & Butlers recorded £177 million in pretax profit, 36% higher than the £130 million reported the year before.

Total like-for-like sales grew by 3.5%, with strong performances across all of Mitchells & Butlers brands contributing to “continued, consistent outperformance” of the market, the company said.

Chief Executive Phil Urban commented: “These strong results reflect the work we have done over the last few years, first to build sustained sales growth and then to convert that into profit growth.

The firm said that they experienced “subdued” trading across the festive period, which dampened expectations.

In its financial year, which ended on December 29 the firm said that it had performed relatively well. The firm saw its revenue rise 31% to £59.8 million, as like for like sales jumped 1.7%.

Following the slower Christmas period, the firm said that adjusted earnings before interest, tax, depreciation, and amortisation for the year is now expected to be slightly below market expectations, between £9.1 million and £9.2 million.

However, a number of one-off factors in the last quarter of its year held back fourth-quarter performance.

“The Rugby World Cup did not have the impact that we expected. Political uncertainty culminating in the December election held back sales until the result was known and unhelpful weather during November and December dampened trading further,” said the company.

“There were also disruptions on South West trains throughout December due to industrial action, which had an impact on our London estate.”

Certainly, there is no disguising the fact that Wetherspoon are still leading the market. The significant growth of the firm combined with the cheap food and drink offers is something that the British public have simply not been able to resist.

Despite the growth and dominance of Wetherspoon, the growth of firms such as Loungers and Revolution Bars is important to recognize. Although these firms do operate in competition with British pubs, they are seeming to attract a niche market which is bringing positive results.