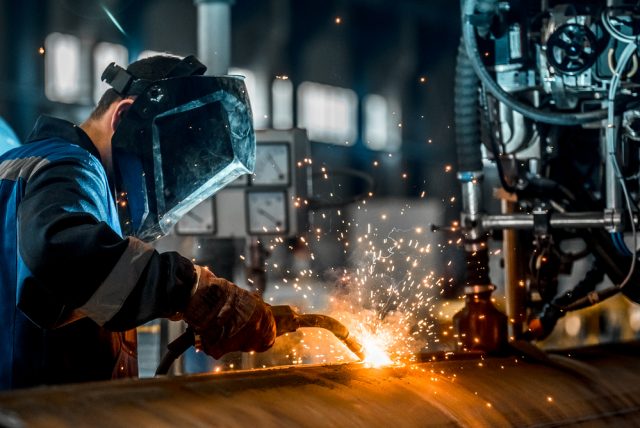 British factories have experienced one of the toughest months since Britain decided to leave the EU in 2016. Indeed, a survey has revealed the British manufactures have experienced a decrease in foreign demand amid Brexit uncertainty.

According to the survey, the IHS Markit/CIPS UK Manufacturing Purchasing Managers’ Index (PMI) dropped to 51.1 last month. This is the lowest figure since July 2016. In September the figure was a revised 53.6.

This is the second time in the last three months that foreign demand has dropped. On one hand, companies have said that the slowing demand for new EU orders is a result of Brexit fears. On the other hand, others have said it was caused by rising global trade tensions and a weaker demand in general for the global auto sector.

This is the first time British factories have experienced a deterioration in orders since the referendum.

“October saw a worrying turnaround in the performance of the UK manufacturing sector. At current levels, the survey indicates that factory output could contract in the fourth quarter, dropping by 0.2%.

“New orders and employment both fell for the first time since the Brexit vote as domestic and overseas demand were hit by a combination of Brexit uncertainties, rising global trade tensions and especially weak demand for autos.

“Alongside the halt in hiring, the increasingly defensive position of UK manufacturers was also reflected in the slight decreases in purchasing activity and inventory holdings, which firms linked to protecting cash flow and cost-cutting.”

Several manufacturers are concerned of the risk of border delays which would affect the just-in-time process.

Currently, manufacturing accounts for roughly 10% of the UK’s economic output.

UK manufacturers were positive in October as over 48% expected output to be higher in a year from now.

Prime Minister Theresa May is yet to confirm a deal with EU leaders. This only promotes fears that the UK may leave the EU under a no-deal.

Additionally, it has been reported that the pound has increased with the provisional deal between the financial services and the EU.