Home News Burberry profits grow on back of new collection 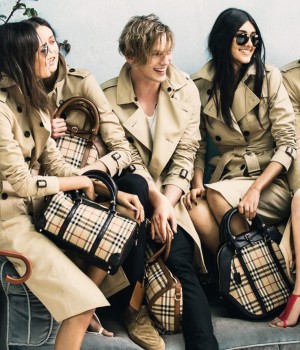 Burberry has announced half-year results, revealing a rise in profits.

“We made good progress in the half as we began to transform and reposition Burberry, while maintaining our focus on financial and operational discipline,” said Burberry in a statement.

“While the early signs are encouraging, transitioning the product offer, evolving our distribution, changing wider consumer perception and seeing this translate into positive business performance will take time,” it added.

The company had £33 million in restructuring costs and £28 million costs for the disposal of its beauty business.

Naeem Aslam, from Think Markets said the fashion brand had proved that “hiring the right person for the right job matters a lot”.

“Designer Ricardo is the hope for the company and his collection has received exceptional response despite the fact that most products won’t reach stores until February. The company styled ad campaign resonated with its lovers. This was something which the firm was lacking.”

“What Burberry has realised that it needs to create FOMO among its customers and have more limited lines is the way forward. Communication and delivering a product which the users like is the key to the fashion industry because the competition is as fierce as it can be,” he added.

Burberry has said that the outlook for the full year remains unchanged.