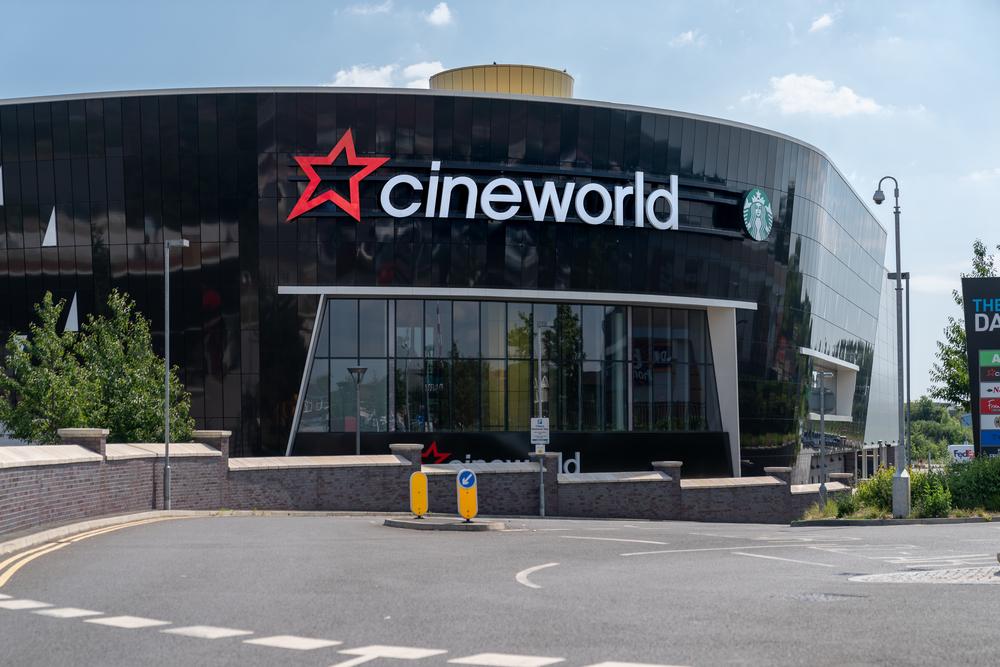 Ailing cinema giant Cineworld (LON:UK) watched its shares slide as it posted its results for an extremely challenging six months of trading.

With attendance greatly hampered by lockdown and a lack of new releases thereafter, the company saw revenues fall year-on-year by 66.9% for the six months ended 30 June, down from $2.15 billion, to $712 million.

The situation was equally bleak for the company’s shareholders, with both basic and diluted earnings per share swapping from 8.6c earnings, to 115.3c losses, respectively. Similarly, the company.

Similarly, while the company will be pleased to have raised a much-needed $361 million of cash from sale and leaseback agreements, it also meant cancelling its dividend back in April, with this suspension having being sustained in Thursday’s announcement.

Looking ahead, the company says it has reopened 561 of it 778 sites, with the majority of those yet to open being in the US (200 still closed). It added that negotiations are ongoing with banks, in efforts to obtain covenant waivers in respect of December 2020 and June 2021 – Cineworld might also attempt to carry out similar negotiations with its landlords, should more Covid restrictions come into force in the coming months.

Cineworld continued, saying that there can be no certainty as to the future impact of Covid, though it stated that further restrictions could see it close its estate once again, and further push back movie releases.

“In today’s climate, content is king and trading is likely to remain subdued until the pipeline improves. Additional delays in Black Widow and Soul could further limit attendance levels in what was already a challenging environment pre-covid. If James Bond is also delayed, the full year outlook for the UK is bleak.”
“The results confirm that capacity constraints have not limited sales and that the challenge now lies in stimulating demand in a cautious consumer environment”.
“As expected, Cineworld will not follow AMC in shortening the theatrical window. Management has been clear that the model simply doesn’t make sense. This poses a challenge to the current deal as Universal will struggle to make decent returns on wide release movies without Cineworld and Cineplex also agreeing to a shortened theatrical window.”
“With rents making up a large proportion of fixed costs, support from landlords will be crucial to limiting cash burn”.
“Despite the Paramount Consent Decrees being abolished, studio resources are being allocated towards streaming platforms and a move into exhibition is unlikely. The more likely candidates to enter the theatrical space would be streamers like Netflix or Amazon, who are looking to attract renowned film-makers with the prospect of a theatrical release.”
Following the news, Cineworld shares slid by more than 10%, before recovering slightly, down 9.32% or 4.52p, to 44.00p a share 24/09/20 11:20 BST. The company’s p/e ratio currently stands at 2.88.