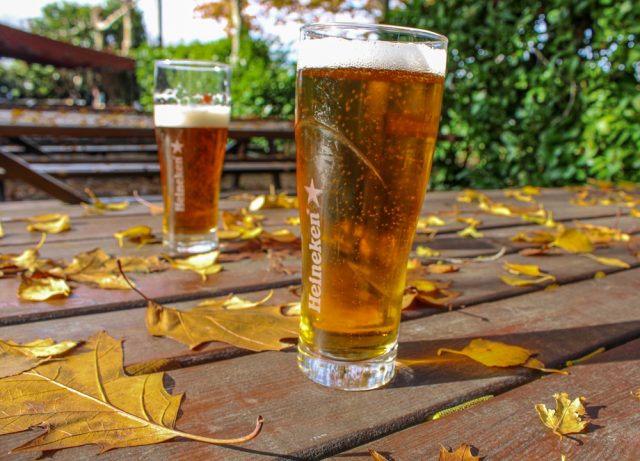 City Pub Group PLC (LON:CPC) have said to shareholders on Monday that they will miss market expectations, leaving shares in red.

The firm said that they experienced “subdued” trading across the festive period, which dampened expectations.

In its financial year, which ended on December 29 the firm said that it had performed relatively well. The firm saw its revenue rise 31% to £59.8 million, as like for like sales jumped 1.7%.

Following the slower Christmas period, the firm said that adjusted earnings before interest, tax, depreciation, and amortisation for the year is now expected to be slightly below market expectations, between £9.1 million and £9.2 million.

Notably this would see a 15% rise year-on-year, which is something for shareholders to be pleased about.

The pub chain also said that the 2018 festive period was a busy one compared to this year, where business slowed.

However, a number of one-off factors in the last quarter of its year held back fourth-quarter performance.

“The Rugby World Cup did not have the impact that we expected. Political uncertainty culminating in the December election held back sales until the result was known and unhelpful weather during November and December dampened trading further,” said the company.

“There were also disruptions on South West trains throughout December due to industrial action, which had an impact on our London estate.”

“The group has a strong business model that is quick to respond to the more normal trading conditions now prevailing,” it continued.

“Efforts too refocus on operating margins are already underway and this year’s performance should see the benefits of this. In addition, there are two underperforming sites that have been earmarked and actively marketed for disposal.”

Looking to its new financial year, City Pub Group noted it will benefit from some recently opened pubs.

It also has three large developments which will open later in the year.

In September, the firm saw its profit rise as it posted impressive financial results for the first half of FY19.

In spite of their trading performance following the announcement, the Company performed well during the first half, with like-for-like sales increasing by 2.6% and  revenues spiking 36% on a year-on-year basis, to £27.1 million. This led the Group’s 20% EBITDA surge, to £3.6 million, and a 19% hike in adjusted profit before tax, to £1.9 million.

City Pub Group said they had opened four new pubs during the period, with their in development becoming their main focus, in lieu of further acquisitions.

The Company added that it had reaped the rewards of its new regional management structure and Weekly Employee Bonus Scheme, both of which the Group said would bolster growth and incentivise staff.

The British pub chain boasted strong sales figures, which increased across the quarter as customers spent more its nearly 900 pubs across Britain and Ireland.

Additionally, the firm pledged to create 10,000 new jobs over the next four years in December.

These new branches will be located within in small and medium-sized British towns and cities but also in London, Edinburgh, Glasgow, Birmingham and Leeds as well as the Irish cities of Dublin and Galway.

“Wetherspoon will not be entering into any deal like everyone else,” a company spokesman said.

Another name in the industry, in Fuller, Smith and Turner (LON:FSTA) saw their shares crash a few weeks back.

Fuller’s expects the higher overhead levels to remain in place until the services agreement ends in May. Following this, the now pure-play pubs and hotels operator will be able to transition its costs structure to this new focused business.

The statement provided updated shareholders saying that annual profit was set to be unchanged.The firm alluded to costs with the separation of its brewing business came in significantly higher than expected.

Certainly, City Pub have performed well across their financial year. The firm still has lots of growth and development to undertake, but shareholders can remain confident that 2020 will be a productive year for the firm.