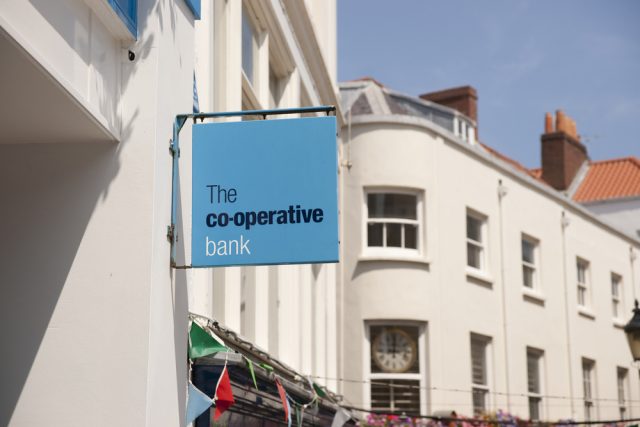 The UK’s Co-operative Bank has reported a nine-month loss before tax of £87 million. The bank has struggled to improve performance following a restructuring and recapitalisation in June last year.

As a result of the restructuring and recapitalisation of the bank, a new incorporated holding company was created, which owns 100% of its shares.

The bank reported this morning that it made an operating profit of £14.3 million for the year. This is an improvement of £40 million assisted by lower costs.

Last year, the Co-operative Bank approved a rescue plan with U.S hedge fund creditors. Indeed, it secured a £700 million rescue deal, allowing the bank to continue as a standalone entity after it abandoned efforts to secure a buyer. This is as a result of its capital base falling to levels unacceptable to regulators as it was hit by restructuring costs and weak income.

“We are looking to build on our strong heritage in the SME market in the year ahead and as part of that we are considering our options regarding the RBS alternative remedies fund.”

Andrew Bester is the newly appointed Chief Executive of the Co-operative Bank.

He was hired early in July following the resignation of Liam Coleman after less than two years in the position. Andrew Bester joined the Co-operative Bank after being director and chief executive of Lloyds Banking Group, leading it since 2012.

Additionally, he said that the bank was considering moving into small business banking through an application of a funding scheme. The funding scheme is set to be supported by the Royal Bank of Scotland as a part of the terms of its state bailout.

Back in 2013, the Co-operative Bank almost collapsed. It had to list shares on the stock market for the first time in order to raise £1.5 billion shortfall of capital and avoid nationalisation.